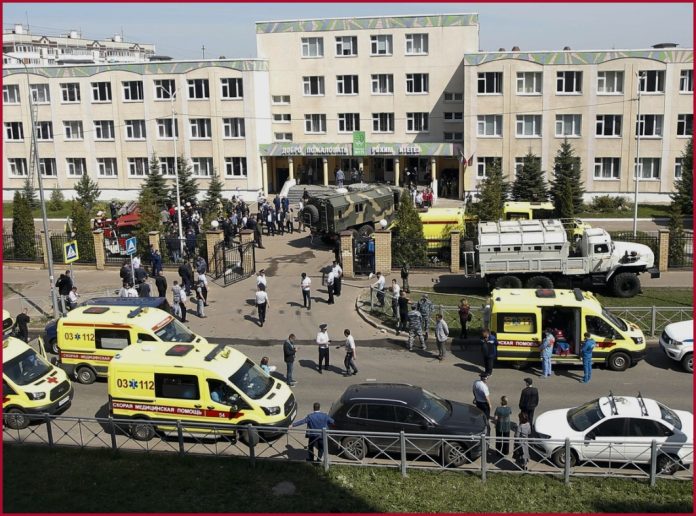 Moscow: At least 13 people were killed, including 7 children, and 21 reportedly wounded when an unidentified attacker opened fire in a school in the Russian city of Izhevsk on Monday.

“Nine people were killed because of this crime, including two security guards of the educational institution and two teachers, as well as five minors,” Russia’s Investigative Committee said in a statement on Telegram, adding that the attacker “committed suicide”.

According to investigators, “he was wearing a black top with Nazi symbols and a balaclava” and was not carrying any ID.

The Russian agency said reports about casualties are being verified. The school administration said students and teachers had been evacuated.

The region’s governor Alexander Brechalov also confirmed there were casualties and wounded among children, speaking in a video statement outside the school in Izhevsk.

Rescue and medical workers could be seen working at the scene in the background, some running inside the school with stretchers.

Further investigation is underway and more information is awaited.