There Is No Justification For Any Act Of Terrorism: EAM S Jaishankar At UNGA | Newsmobile
Thursday, December 8, 2022

Home Home Slider There Is No Justification For Any Act Of Terrorism: EAM S Jaishankar... 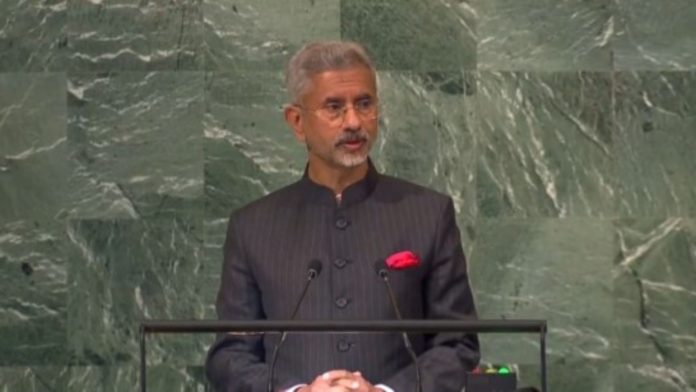 The 77th UNGA’s theme is “A Watershed Moment: Transformative Solutions to Interlocking Challenges”.

India has borne the brunt of cross-border terrorism. There is no justification for any act of terrorism: EAM at UNGA

Hitting out at terrorism, Jaishankar said “India advocates a ‘zero-tolerance’ approach. No rhetoric, however sanctimonious, can cover up bloodstains.”

At UNGA Jaishankar makes clear that there’s ‘no justification for terrorism’, says ‘Those who politicize UNSC, do so at their own peril’

EAM Jaishankar on the Ukraine crisis

EAM said that “As the Ukraine conflict continues to rage, we’re asked whose side we’re on. India is on the side of peace. We’re on the side that calls for dialogue.”

EAM Jaishankar recalls the five pledges for the New India, an appeal by PM Modi during his independence day speech

“This New India under the leadership of PM Modi is confident. Its agenda for our centenary will be achieved through pledges taken… we are resolved to make India a developed country in the next 25 years”, Jaishankar said.