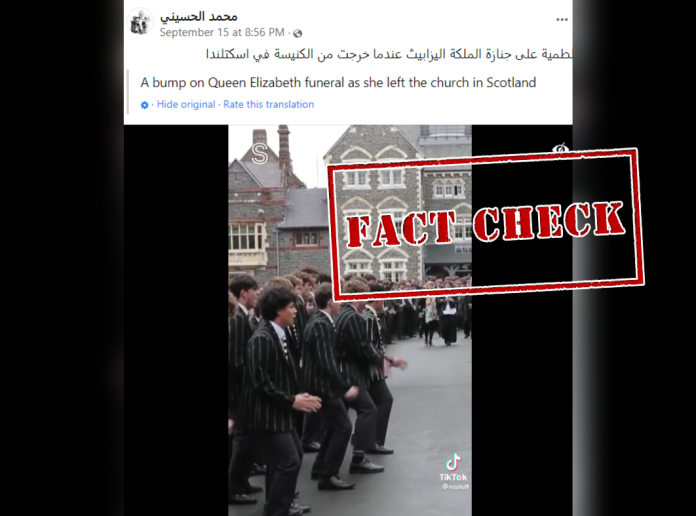 At a historic royal funeral attended by global leaders on September 19, Britain bid farewell to Queen Elizabeth II. She was then ceremoniously carried past tens of thousands of mourners to her final resting place. Against this backdrop, a video showing a group-dancing is being widely shared on social media linking it to the Queen’s funeral.

The video is shared on Facebook with a caption: “لطمية على جنازة الملكة اليزابيث عندما خرجت من الكنيسة في اسكتلندا” (English translation: A bump on Queen Elizabeth’s funeral as she left the church in Scotland.) 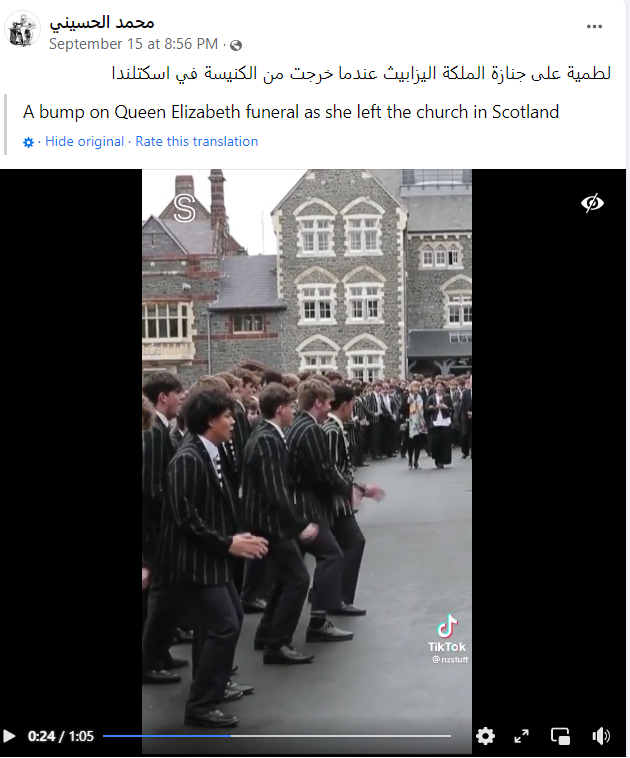 Extracting keyframes from the viral video and performing a Reverse Image Search, we found a New Zealand-based website that carried the same video on August 18, 2022. The video description reads: “Christ’s College students perform a haka as the funeral procession for Sir Miles Warren leaves the school.” 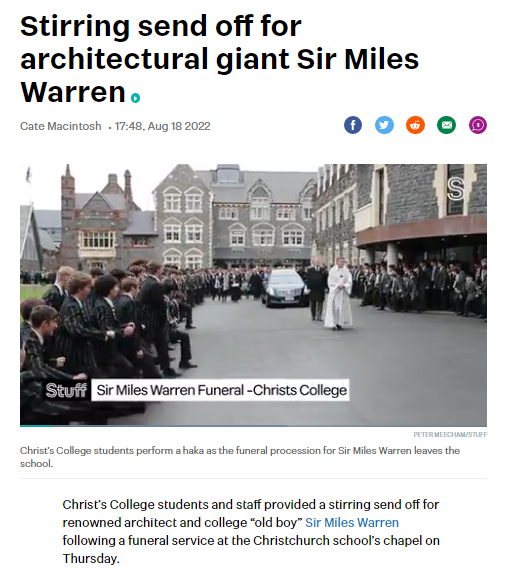 The same video had been uploaded on the website’s YouTube channel, dated August 19, 2022, with the same caption. 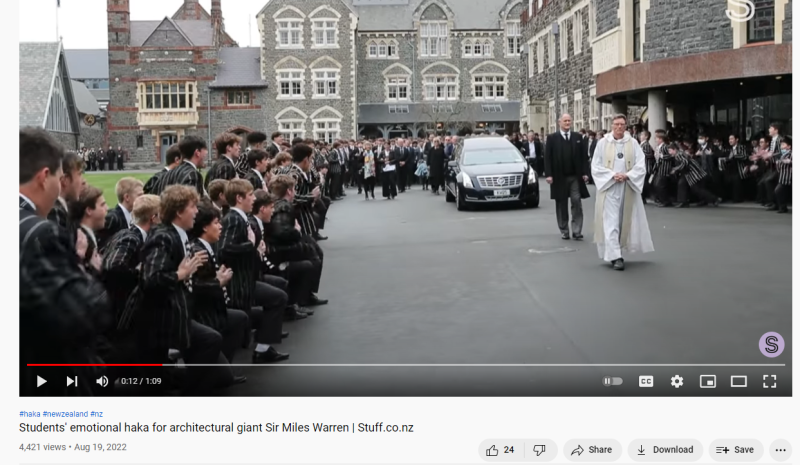 The same video also had been uploaded from a different angle on the Facebook page of Canterbury Christ’s College, dated August 18.

Searching for images of Christ’s College in Canterbury on Google Maps, we found visuals similar to the viral video. Below is the comparison. 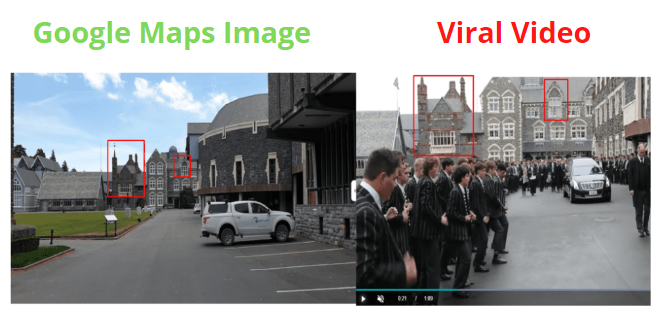 The Hakka is a fighting cry or dance of the indigenous New Zealand (Maori) people. Performed collectively, with violent movements and hitting the ground with feet accompanied by shouts in harmony with the movement.

Thus, it is evident from the above information that an old video from New Zealand is being falsely linked to Queen’s funeral.