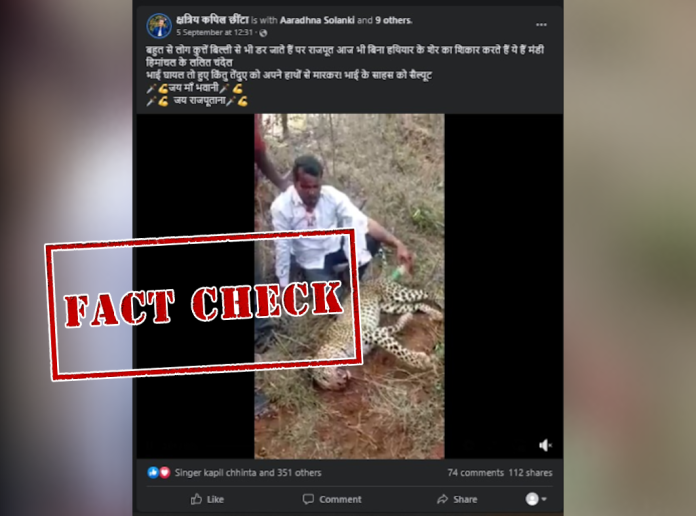 A 29-second video showing an injured man sitting next to a dead leopard is doing the rounds on social media. Some people can be seen gathered around the man offering him water. Many social media users share the viral clip, claiming that the man is Lalit Chandel, a resident of Mandi, Himachal Pradesh, and he killed the leopard with his bare hands without any weapon. 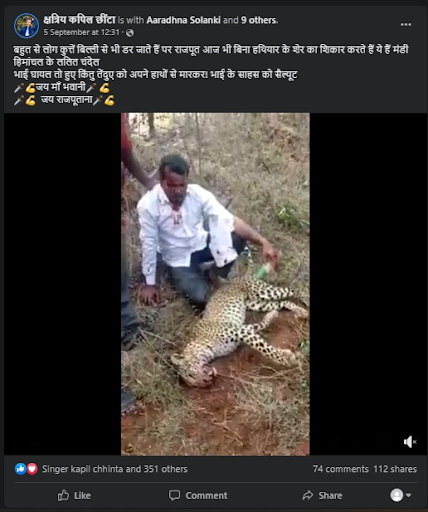 An article on Yahoo News, dated February 23, 2021, titled: Man kills leopard with bare hands to protect wife, daughter in India, informs that the man’s name is Rajagopal Naik, and he was with his wife and daughter when the leopard attacked them in Bendekere village near Arasikere, about 200 km from Bengaluru, Karnataka. 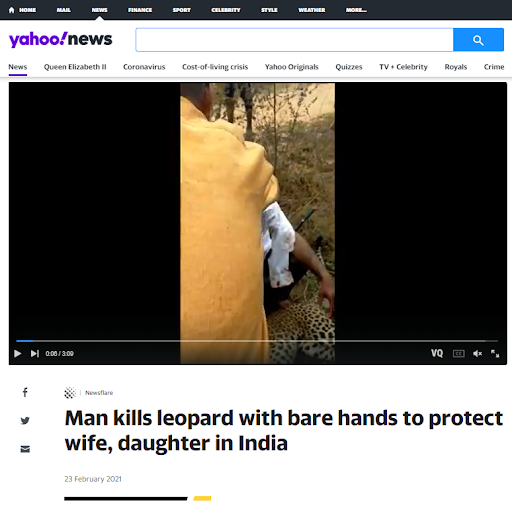 The initial keyframes of the video in the article match exactly with the viral video, informing that the incident happened in 2021 in Karnataka, not Himachal Pradesh.

Conducting a Google Keyword Search, we found one more article on the website of The News Minute — a regional news platform from Karnataka. The article titled: Karnataka man strangles leopard to death after animal attacks him and family, published on February 24, 2021, corroborates the story, and the images used in the article match the keyframes from the viral video. 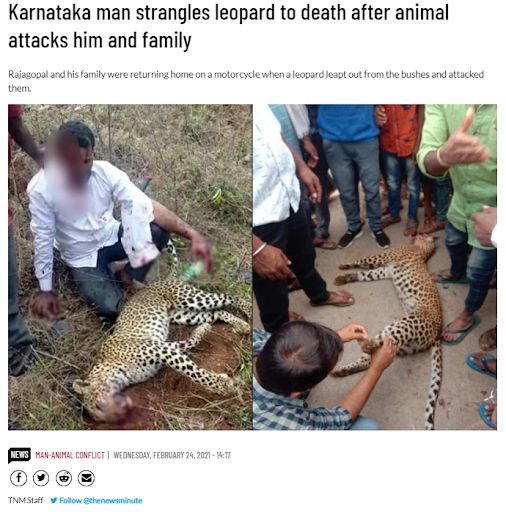 Another news report, dated February 24, 2021, published on the official YouTube channel of TV9 Telugu Digital, with a title: Karnataka man strangles leopard to death after animal attacks him and family -TV9, contains the same visuals as that of the viral video.

While searching about Lalit Singh and any incident related to leopards in Himachal Pradesh recently, we came to know that a leopard, indeed, had attacked a man named Lalit Chandel and his sister in Mandi, Himachal Pradesh, on September 1, 2022. Chandel fought the leopard and it ran away after a fight. But the viral video is in no way related to this incident, or location.

Therefore, we can conclusively say that the viral video claiming that the incident happened in Mandi of HP is misleading.