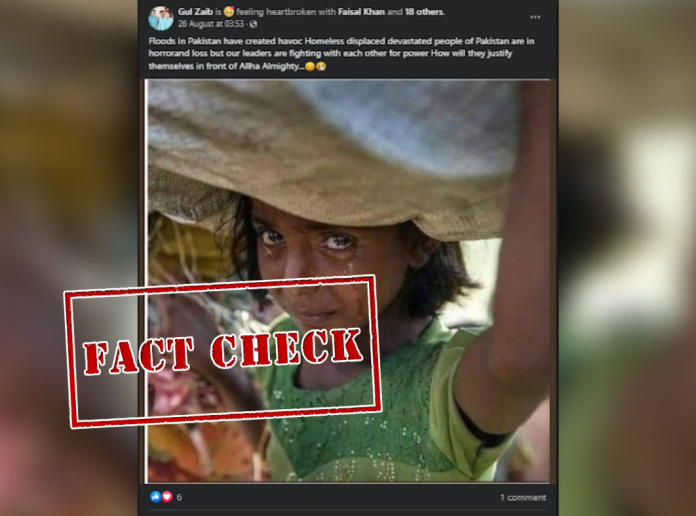 Pakistan has been reeling under one of the worst monsoon seasons the country has ever had. With millions of lives displaced and many dead, people of Pakistan have suffered worst disasters of all time. Almost one-third of the country is underwater, affecting the infrastructure and economy of the nation.

Against this backdrop, an image of a crying girl carrying something on her head is doing the rounds on social media. Many social media users have shared the image linking her to the devastating floods in Pakistan.

A Facebook user posted the viral picture with a caption: Severe floods has wreaked havoc in Pakistan. People of Pakistan are in horror, but our leaders are fighting with each other for power. How will they justify themselves in front of Allha Almighty… 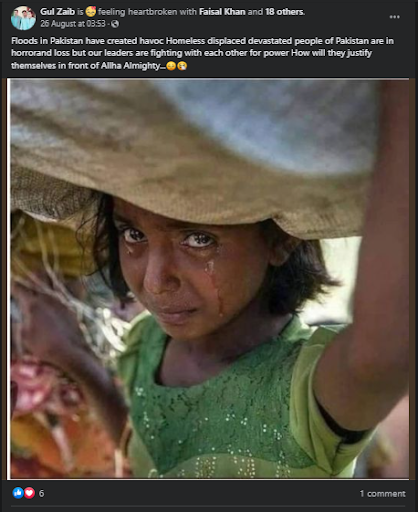 NewsMobile fact-checked the viral image, and found it to be distorted.

A Reverse Image Search of the viral image led us to the website of Getty Images having a picture, titled: Rohingya Refugees Flood Into Bangladesh, dated October 16, 2017. The picture exactly matches with the viral clip. 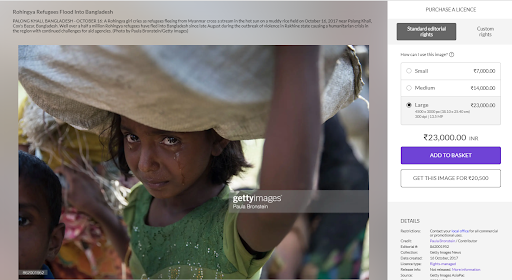 The description of the stock image says that it is of a Rohingya refugee girl, who fled from Myanmar and reached Bangladesh through a stream near Palang Khali, Cox’s Bazar. As per our findings, more than half a million Rohingya refugees fled to Bangladesh in 2017, during the outbreak of violence in the Rakhine state in Myanmar.

Another article, titled The Rohingya in Bangladesh: The Fastest-Growing Refugee Emergency in the World — published on the website of The Atlantic, dated October 19, 2019 — contains a picture that matches the viral image, with a photo credit to Paula Bronstein & Getty Images. 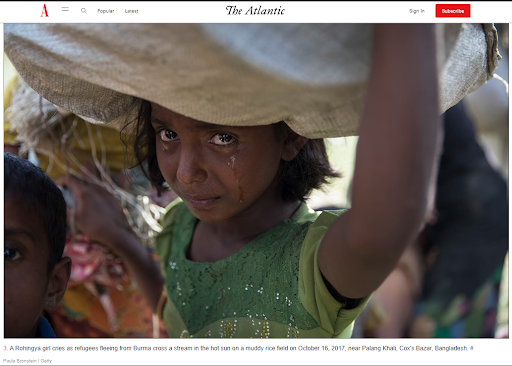 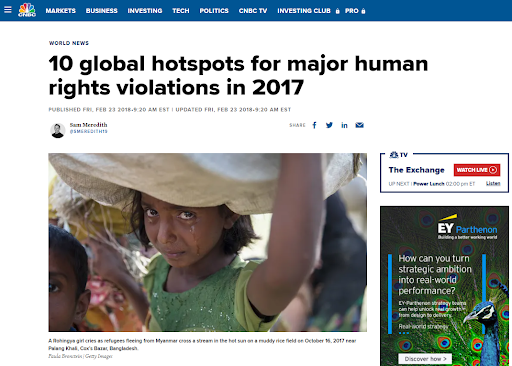 Therefore, we can conclusively say that the viral picture of the crying homeless girl with her link to Pakistan floods is misleading.