Fact Check: No, Actor Ranveer Singh Was Not Slapped By an Angry Father | Newsmobile
Monday, October 3, 2022

Home NM FACT CHECKER Fact Check: No, Actor Ranveer Singh Was Not Slapped By an Angry... 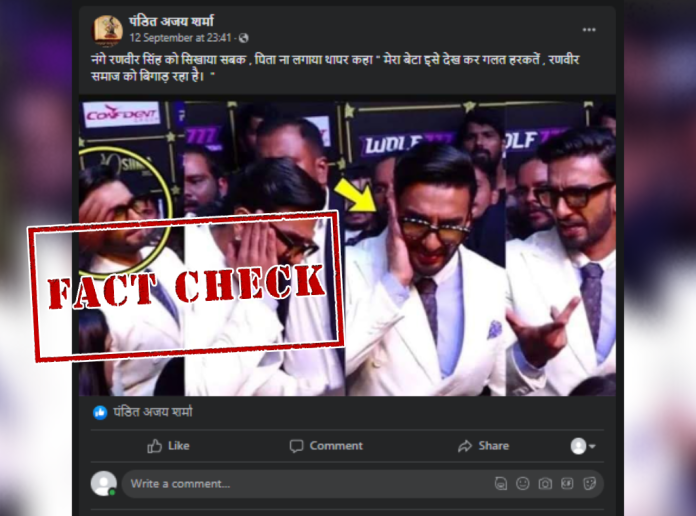 A viral picture of Ranveer Singh holding his cheek is doing the rounds on social media. Many social media users, sharing the image, claim that a person slapped him for allegedly spoiling his son and society through his nude photoshoot. 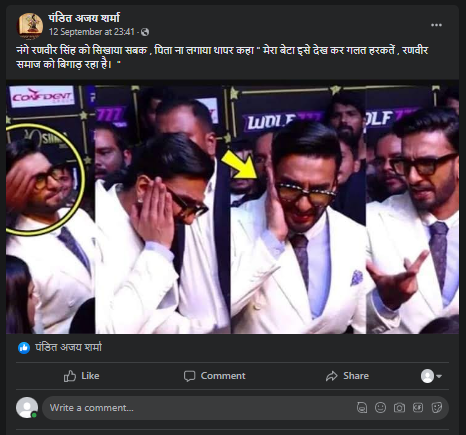 NewsMobile fact-checked the viral image, and found it to be fake. 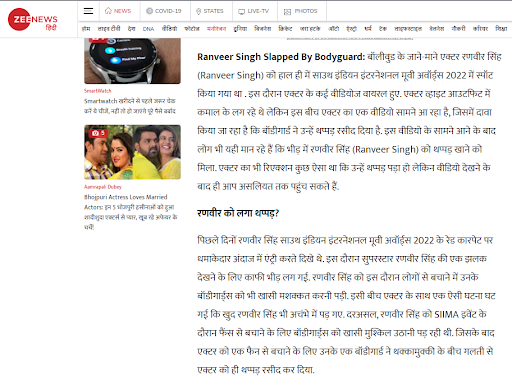 According to the article, a huge crowd had gathered around him to catch the glimpse of the actor during an award function. Singh’s bodyguards immediately came to his rescue to clear the crowd, and in the melee one of his bodyguards accidentally slapped Ranveer, while saving him from the scuffle.

Another news article in First Post, dated September 13, 2022, and titled: Ranveer Singh hilariously reacts after getting slapped by his bodyguard at SIIMA 2022, corroborates the claims made by Zee News. 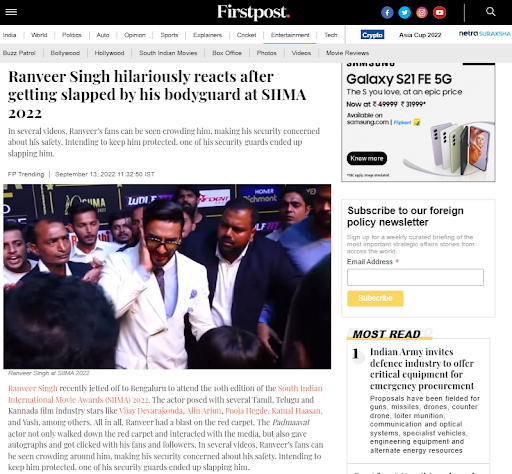 The article also contains an embedded tweet by BollywoodMDB — a leading entertainment web portal in India. The tweet shows the full clip related to the incident, and its caption says that Ranveer Singh was accidentally slapped by his bodyguard.

Therefore, it’s crystal clear that the viral claim of Ranveer Singh being slapped by a father for his nude photoshoot is misleading.