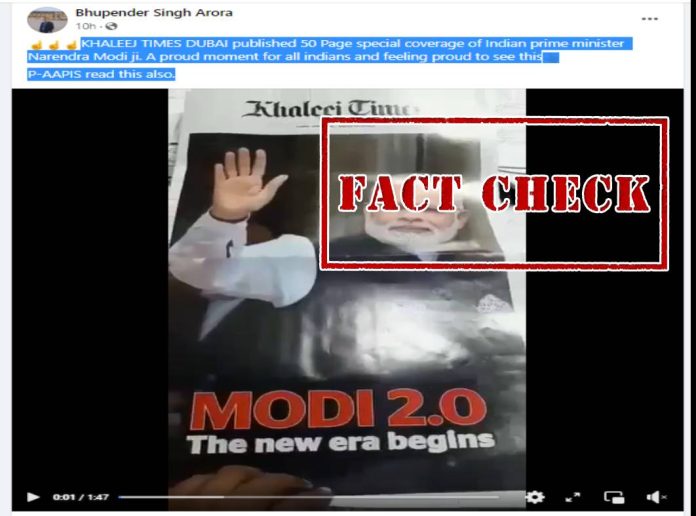 Prime Minister Narendra Modi celebrated his 72nd birthday on September 17, 2022. In the above context, a video of a Dubai-based newspaper, Khaleej Times, having a supplement on PM Modi has gone viral.

The video is shared with a caption claiming that Khaleej Times published a 50-page supplement on PM Modi’s 72nd birthday. 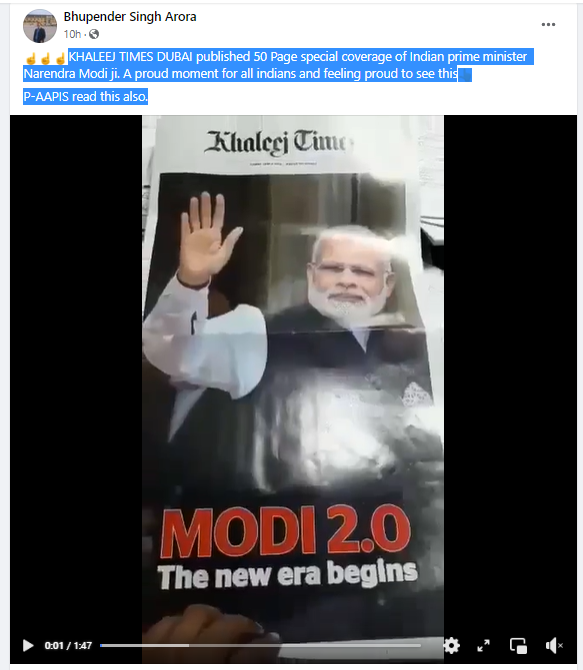 We found that the same video had been uploaded by a Facebook user, Rishi Bagree, on June 3, 2019, with a caption: “Khaleej Times in Dubai. Forty pages supplement coverage of Modi.”

Another YouTube channel, Political Mallu, had also uploaded the same video, on June 4, 2019, with a caption: “Believe it or not, the English daily from Dubai has published a whopping 40 pages exclusive supplement for Modi after the Modi tsunami swept across India in 2019 general election.”

Khaleej Times had also published the front page of the supplement on June 2, 2019, with a caption: “Read our special 40-page report #Modi 2.0 – Exciting era in #UAE-#India ties.” 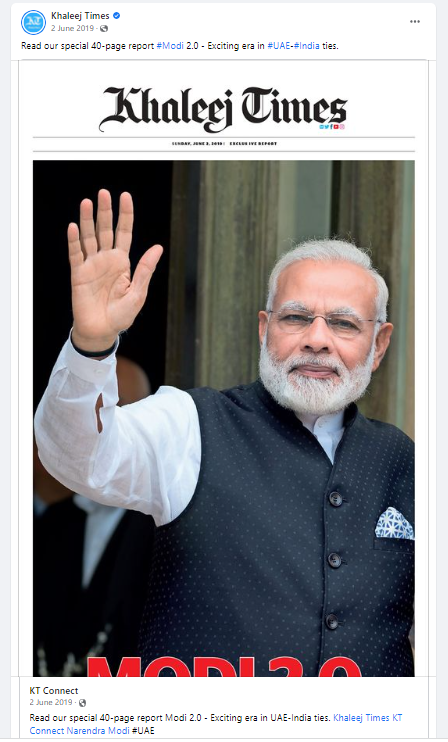 Again on August 26, 2019, Khaleej Times had published a letter by an Indian reader who thanked the newspaper for publishing a supplement on PM Modi. 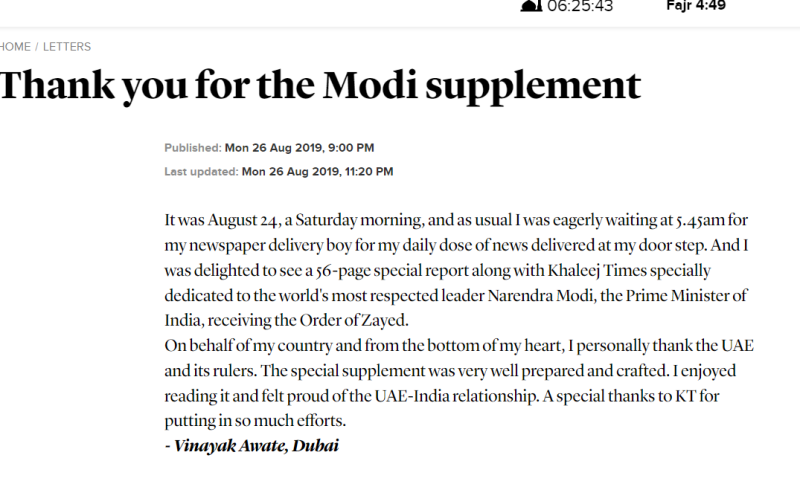 Hence, we can ascertain that the viral post is misleading.