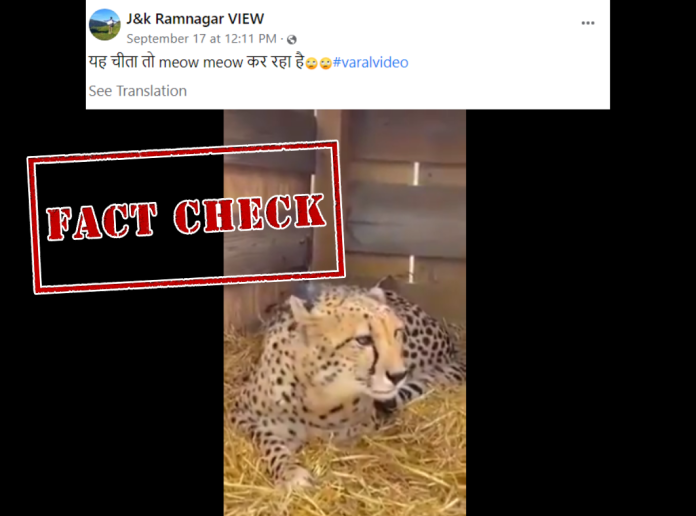 A video of meowing cheetah is being widely shared on social media linking it to the eight cheetahs which were transferred from Namibia to Madhya Pradesh’s Kuno National Park by Prime Minister Narendra Modi on September 17.

Extracting keyframes from the viral video and performing a Reverse Image Search, we found a news report published by Punjab Kesari that carried the same viral video, dated September 17, 2022, stating that the video of the cheetah meowing is going viral. But it did not mention whether the video is recent or old. 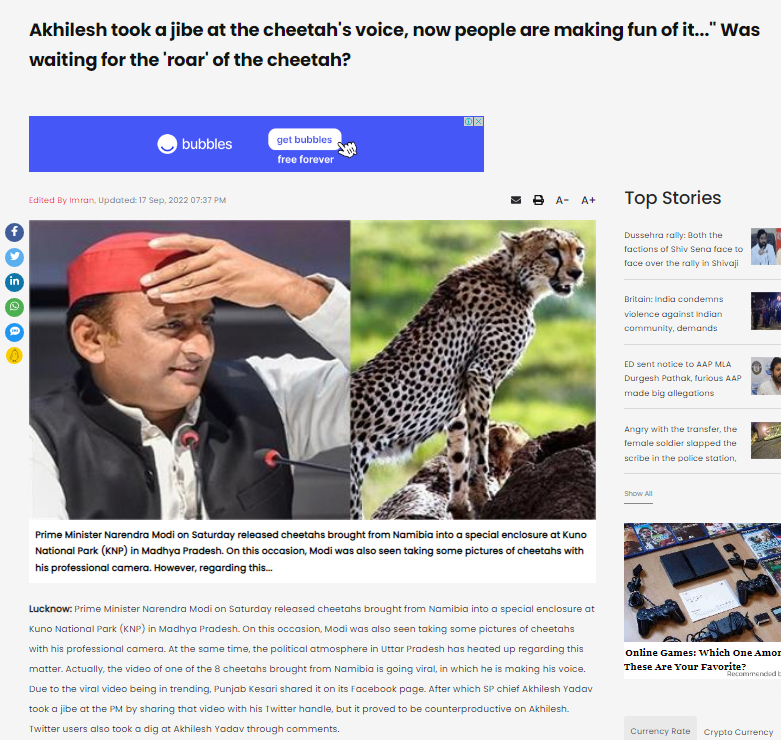 The same video had been uploaded on a YouTube channel, dated November 29, 2021, with a caption: “Kitu and Lavani’s Special Relationship. 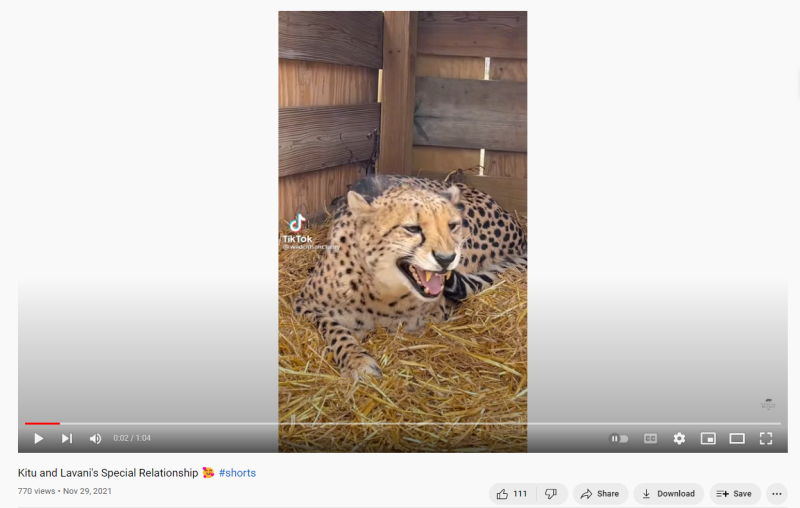 Also, a 59-second-long video on Reddit — uploaded 10 months ago — had shown the same cheetahs with a caption: “A bond between two brothers, Kitu and Lavani.” 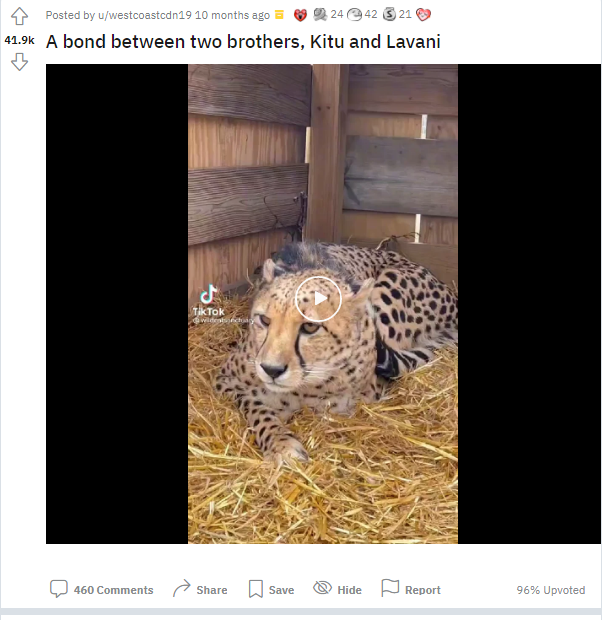 Though we could not independently verify the exact date and location of the viral video, it is evident from the above information that this video is falsely linked to the Namibian cheetahs in Kuno National Park.