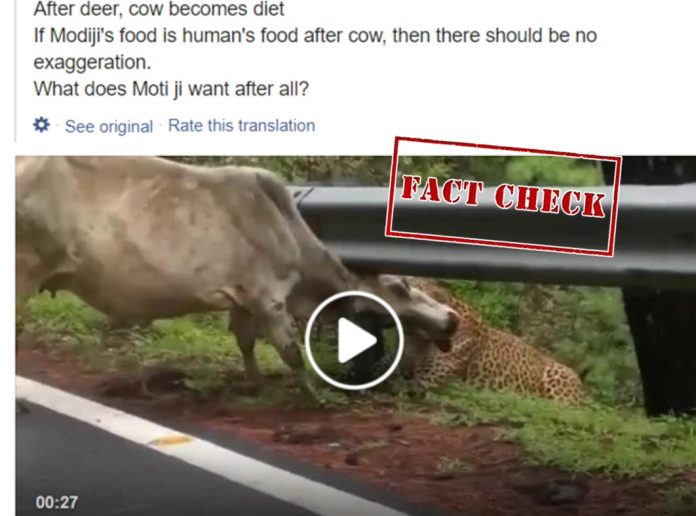 Eight cheetahs were brought to Gwalior from Namibia on September 17, 2022 as part of the cheetah reintroduction programme, and released in a special enclosure at the Kuno National Park in Madhya Pradesh. These animals have been brought to Kuno Park after 70 years of their extinction in India.

Against this backdrop, a video is being shared on social media, claiming that one of these Cheetahs attacking a cow. 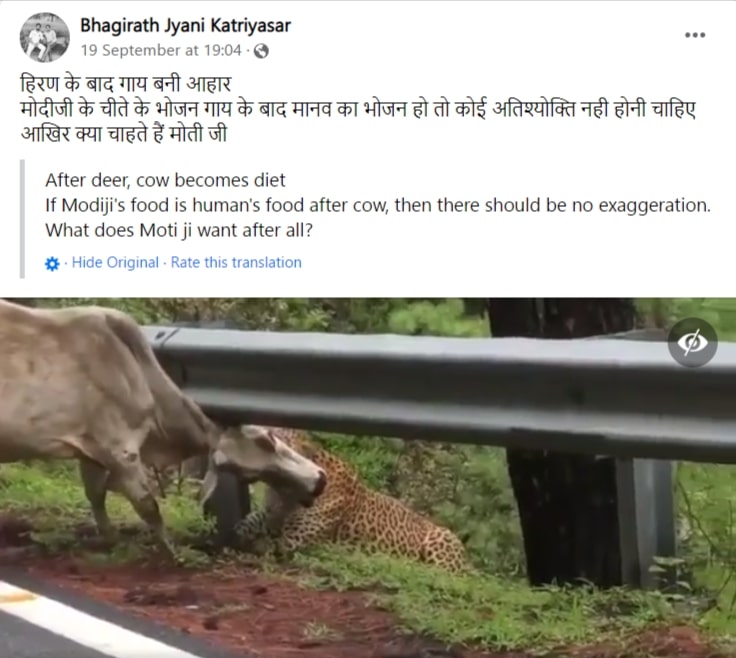 NewsMobile fact-checked the above claim, and found it to be false.

Extracting keyframes from the viral video and performing a Reverse Image Search, we traced an article, published by the Times of India on August 16, 2022, carrying the same viral video.

The article reads: “A video showing a leopard killing a cow near Ranikhet in Uttarakhand went viral on social media. The leopard’s strong jaw held the cow’s neck till the bovine gave up.” 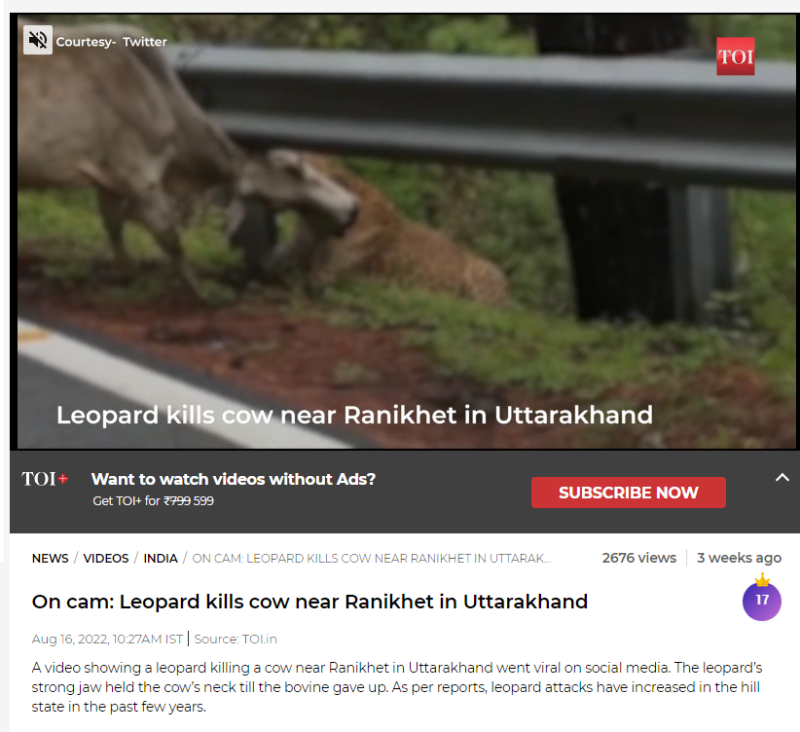 The same video had been carried by a local media channel “Ranikhet News” with the caption: “At this time, a video is becoming increasingly viral, in which a leopard attacks a cow on the roadside. Then a person passing by the roadside made a video of this incident from his car; the driver tried to save the cow, but he could not succeed and the leopard dragged the cow. This video is of Takula Basoli.” Its location states it is from Almora in Uttarakhand. 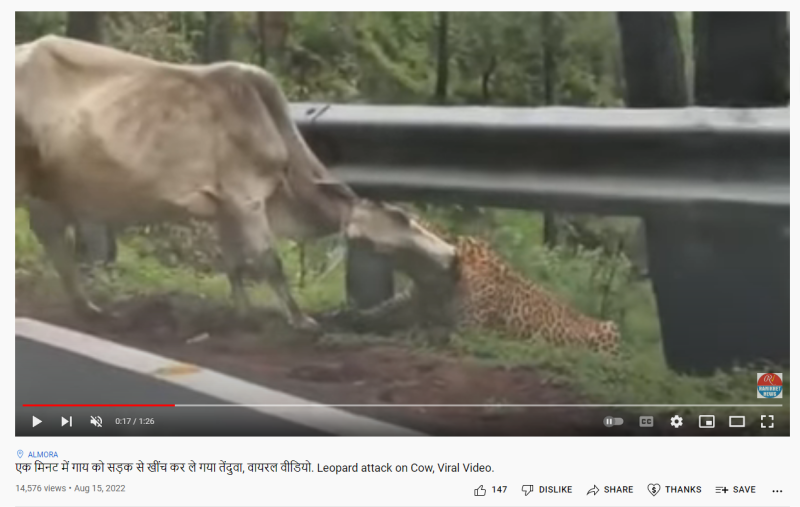 Thus, it is clear that an old video of a leopard attacking a cow in Uttarakhand is being shared with a false claim.