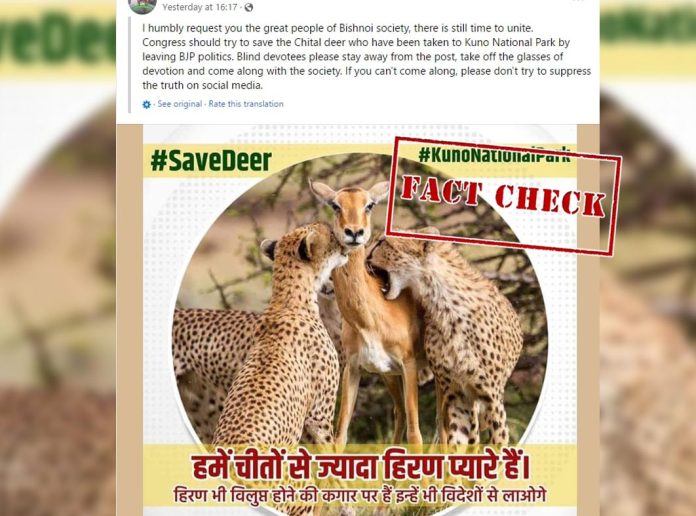 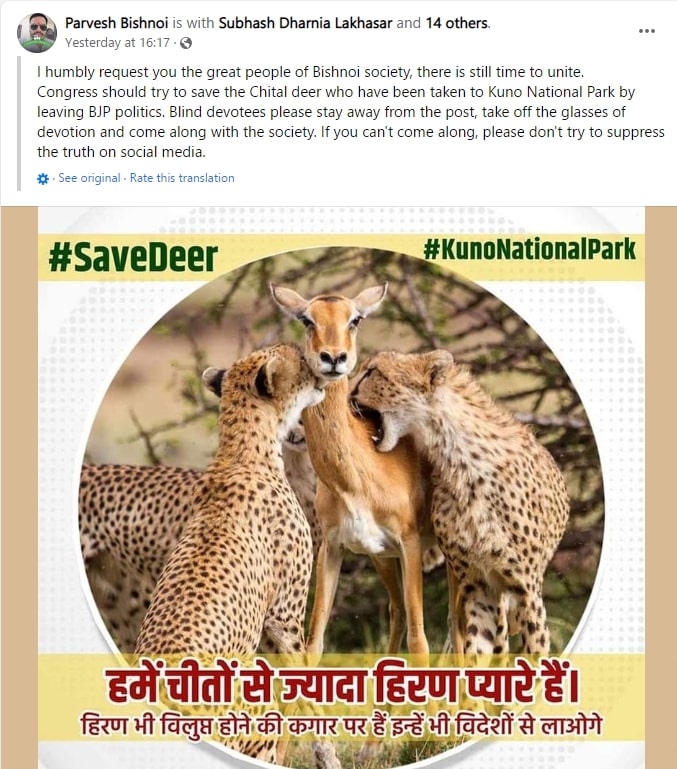 Running a Reverse Image Search, we found that the picture had been clicked by Alison Buttigieg in 2013, in Maasai Mara National Reserve, Kenya. 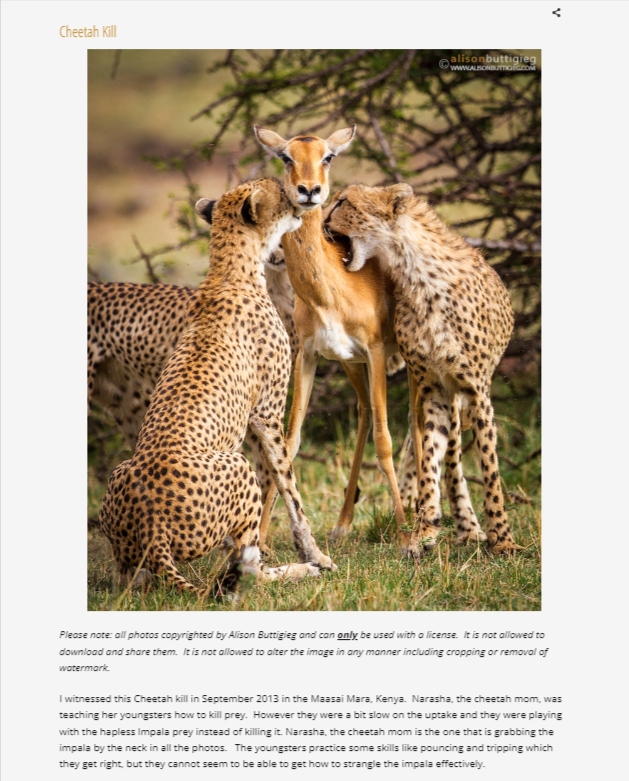 On her website, Alison wrote: “Narasha, the cheetah mom, was teaching her youngsters how to kill prey. However, they were a bit slow on the uptake as they were playing with the hapless Impala prey instead of killing it. Narasha is grabbing the impala by neck in all photos.” Alison shared some pictures of the hunt on her website.

NewsMobile fact-checked the same image in 2020 when it was shared with a claim that to save her children, an ‘Impala’ sacrificed herself to cheetahs.

Mother Impala sacrificed herself to cheetahs to save her kids? Here’s the truth

Hence, it is clear that the picture was taken in 2013 in Kenya, and is not related to Namibian cheetahs in Madhya Pradesh.