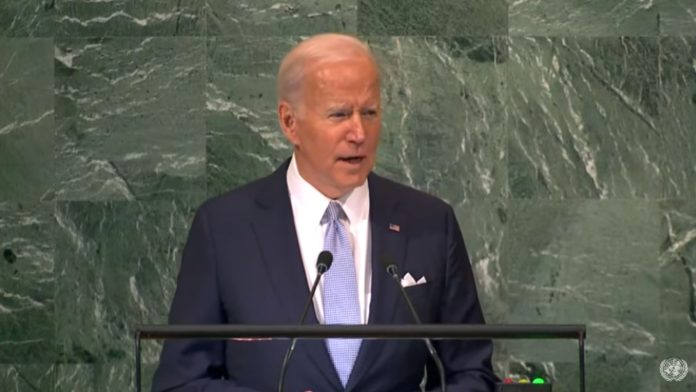 New York: US President Joe Biden on Wednesday lashed out at Russia and claimed that the country has “shamelessly violated” the United Nations Charter by raging a war against Ukraine.

US President Joe Biden while speaking at the 77th United Nations General Assembly at UN headquarters added that “Russia has shamelessly violated the core tenets of the United Nations charter.”

The response came after Russian President Vladimir Putin’s comment about mobilising army reserves and making nuclear threats. He added that “President Putin made nuclear threats against Europe in a reckless disregard for responsibilities of a non-proliferation regime. Russia is calling up more soldiers to join the fight. The Kremlin is organising a sham referendum to try to annex parts of Ukraine.”

Talking about the impact of war on Ukraine he said that “This war is about extinguishing Ukraine’s right to exist as a State. Whoever you are, wherever you live, whatever you believe – that should make your blood run cold.”

He said that the United States wants the war to end and added that “that you cannot seize a nation’s territory by force.”