Maheep Kapoor On ‘Koffee With Karan’: Sanjay Kapoor Was Sitting At Home For Years With No Work, Money Was Tight | Newsmobile
Friday, February 3, 2023 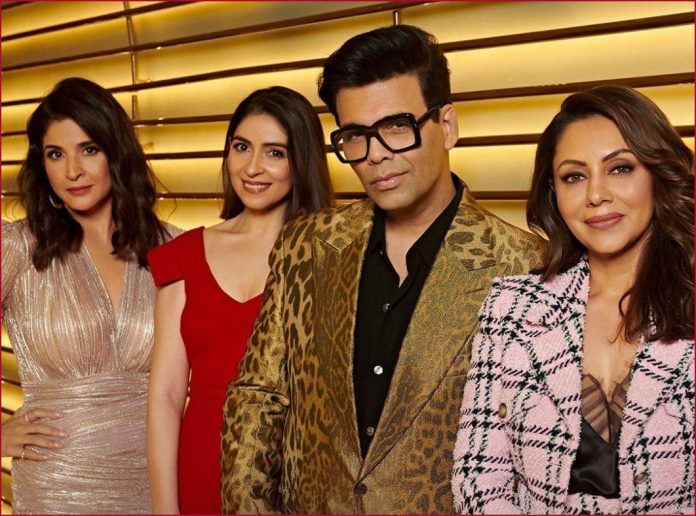 Gauri Khan, Maheep Kapoor, and Bhavana Pandey will grace the “manifestation” couch in the upcoming episode of Koffee With Karan.

The trio will disclose details about their lives, Bollywood parties, and airport fashions, and Maheep, wife of actor Sanjay Kapoor, will also talk about how it feels to live while her stardom fades and how she struggles with money issues.

The KWK will be as bold as the Wife’s show; during the show, Maheep Kapoor will discuss the challenging times she and her family experienced while Sanjay Kapoor’s profession saw several downs.

She answered, “There were times when Sanjay was sitting at home for years with no work. Money was tight. My kids have grown up seeing that along with the glamour and glitz.”

“The people around me at times did make me feel like we were the unsuccessful wing of the Kapoor family,” she said while she expressed how a part of Bollywood’s biggest families also did not make life any easier.

She also shared how once Sanjay Kapoor and herself were at one point to split up, “I owed my daughter this amazing father, which he is. I owed it to myself and if I look back and if I broke this shit up I would have regretted it all my life because, you know when my kids walk into my home, my husband walks into my home, this is their sanctuary. They need to feel peace and I feel Sanjay gives that to me also.”