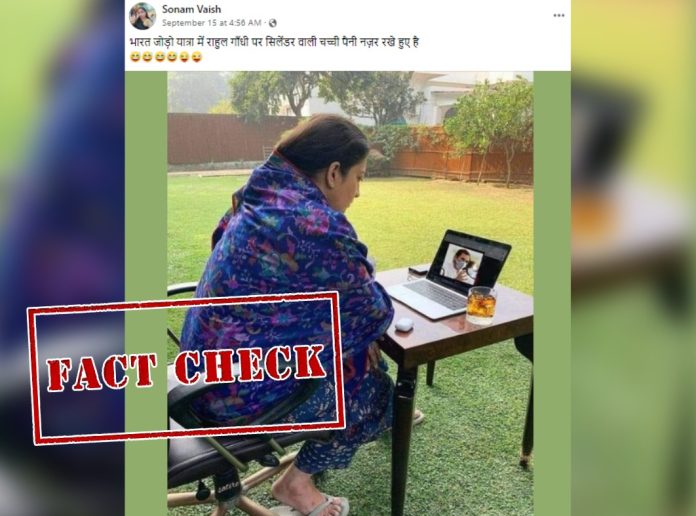 An image of Union Minister Smriti Irani looking at Rahul Gandhi’s photo on her laptop screen has gone viral on social media with a claim that she is closely monitoring Congress’s ongoing ‘Bharat Jodo Yatra’. 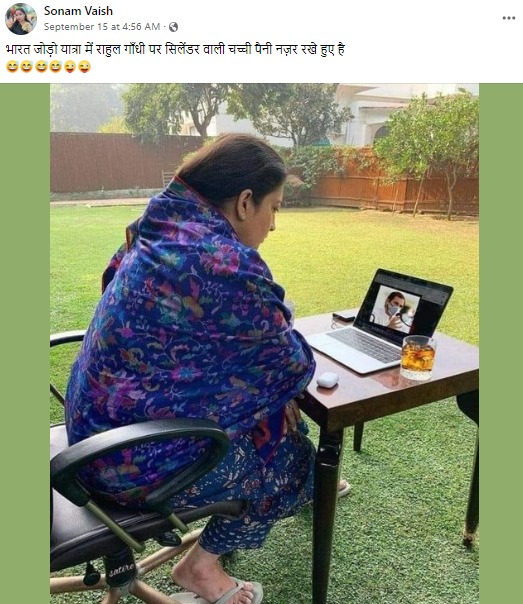 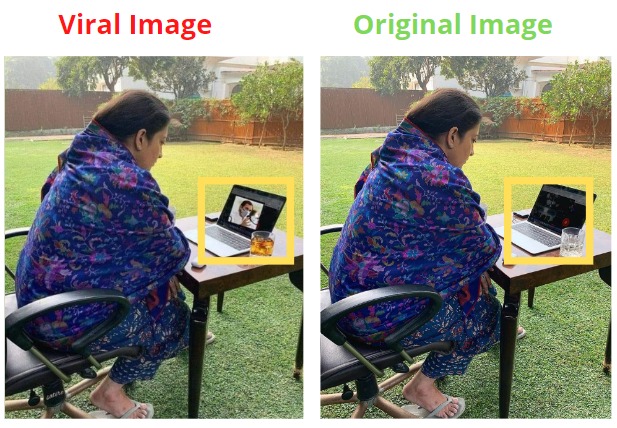 Thus, it is evident from the above information that an edited image is being falsely shared to suggest Smriti Irani is keeping a close watch on Congress’s ‘Bharat Jodo Yatra’.