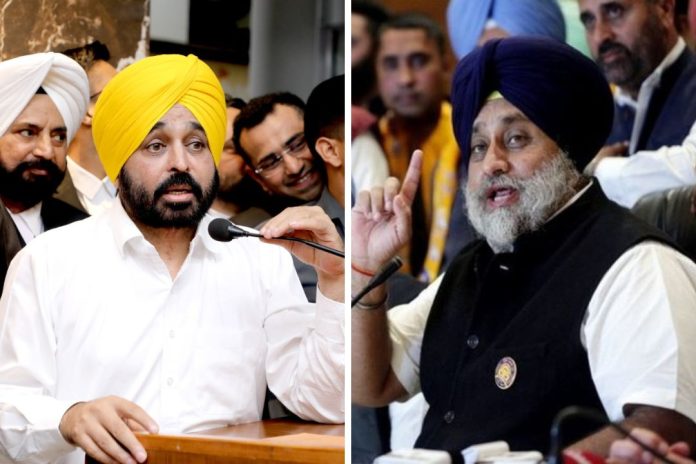 New Delhi: Shiromani Akali Dal (SAD) president Sukhbir Singh Badal has levelled allegations against Punjab Chief Minister Bhagwant Singh Mann and asked him to clarify media reports of him being deplaned from a flight for being intoxicated.

Badal in a tweet claimed that “Disturbing media reports quoting co-passengers say Punjab Chief Minister Bhagwant Mann was deplaned from a Lufthansa flight as he was too drunk to walk. And it led to a 4-hour flight delay. He missed AAP’s national convention. These reports have embarrassed and shamed Punjabis all over the globe,”.

Disturbing media reports quoting co-passengers say Pb CM @BhagwantMann was deplaned from Lufthansa flight as he was too drunk to walk. And it led to a 4-hour flight delay. He missed AAP's national convention. These reports have embarrassed & shamed Punjabis all over the globe.1/2 pic.twitter.com/QxFN44IFAE

According to reports, AAP spokesperson Malvinder Singh Kang said that political opponents are playing “dirty tricks to defame CM.” He further added that Bhagwant Mann is returning to India as per schedule.