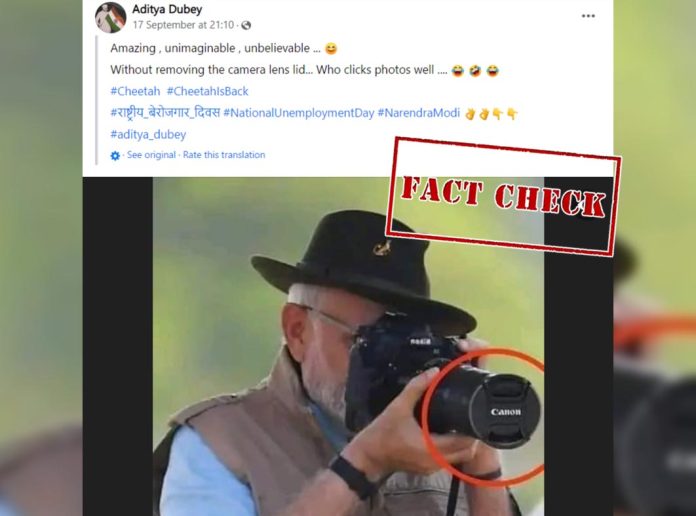 A photo showing Prime minister Narendra Modi clicking pictures with the lens cap on is going viral on social media. The post claims that PM Modi was ‘pretending’ to click photos of cheetahs brought in from Namibia on September 17, 2022.

Eight cheetahs were brought to Gwalior from Namibia on Sep 17, 2022, as part of the cheetah reintroduction programme. They were released in a special enclosure in Kuno National Park in Madhya Pradesh.

(English Translation: Wonderful, unimaginable, unbelievable… without taking off the cover of the camera lens… who takes a photo?) 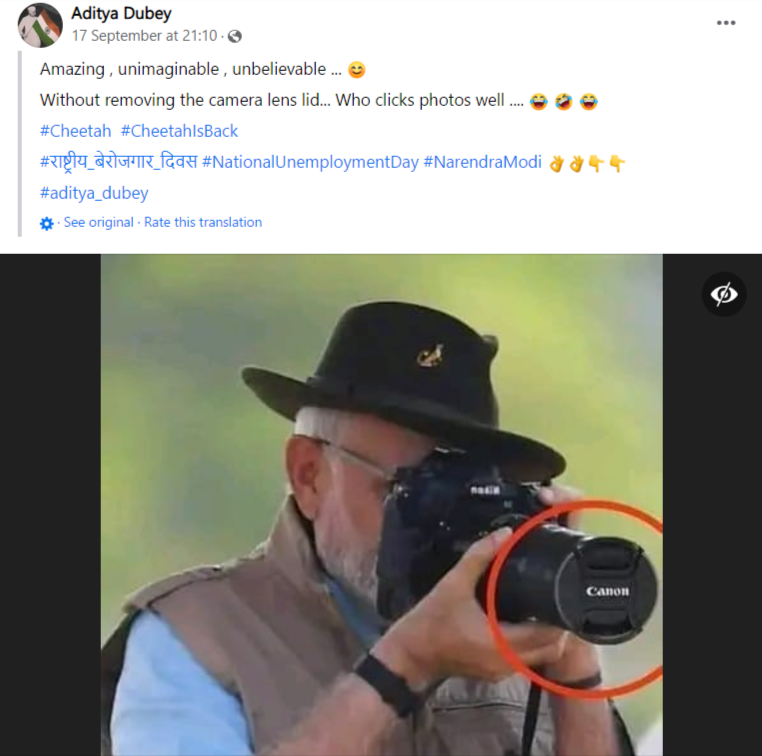 NewsMobile fact-checked the post and found that the image was edited.

The first thing we noticed in the image is that the lens cap says Canon, whereas the camera is made by Nikon. Moreover, the branding of Nikon is reversed in the viral image, indicating that the orientation of the picture has been changed. 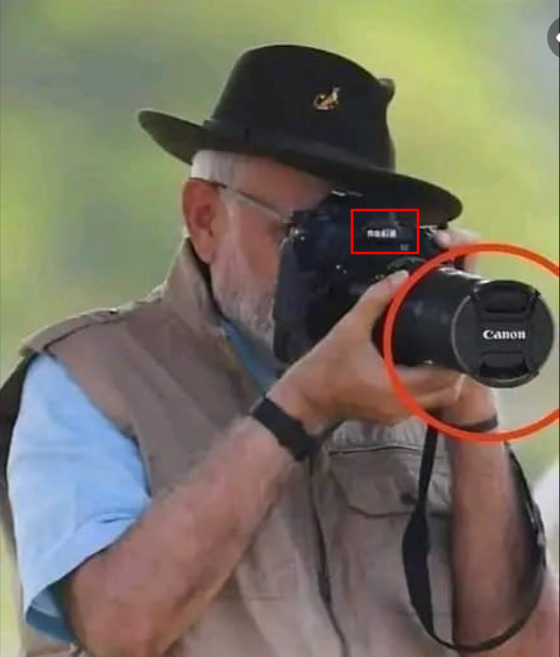 We then ran a reverse Image Search and found the original picture in a report by The Hindu Business Line dated September 17, 2022. 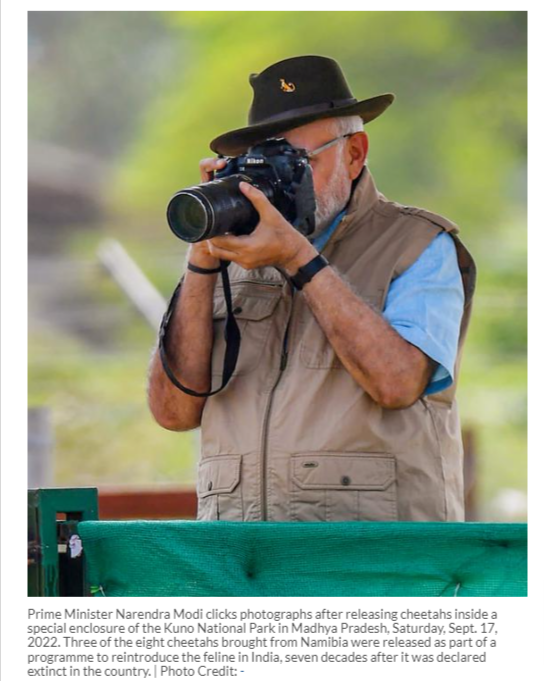 The caption of the image read: Prime Minister Narendra Modi clicks photographs after releasing cheetahs inside a special enclosure of the Kuno National Park in Madhya Pradesh, Saturday, Sept. 17, 2022. Three of the eight cheetahs brought from Namibia were released as part of a programme to reintroduce the feline in India, seven decades after it was declared extinct in the country.

We also found multiple video reports on YouTube where he can be seen clicking pictures without the lens cap. See the reports by Hindustan Times, India Today And DNA. 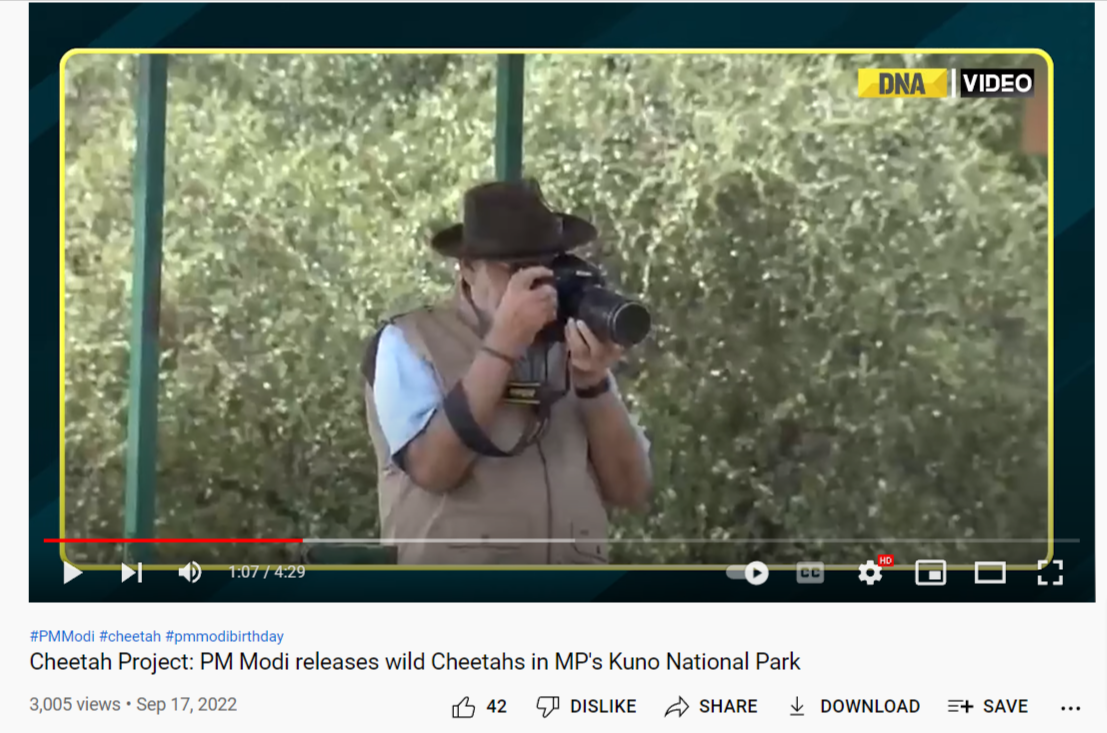 Thus, it is clear that the viral image is edited and the claim is false.