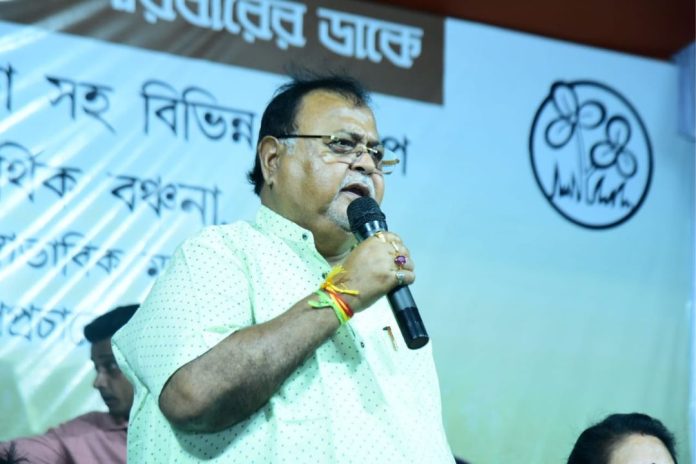 New Delhi: The Enforcement Directorate (ED) has attached properties worth Rs 48.22 crore consisting of 40 immovable properties valued at Rs 40.33 crore and 35 bank accounts having a balance of Rs 7.89 crore in the Teachers Recruitment Scam in West Bengal, the agency said on Monday.

The attached properties include flats, a farmhouse, prime land in Kolkata city, and a bank balance. The attached properties are found to be “beneficially owned” by former West Bengal Education Minister Partha Chatterjee and his close associate Arpita Mukherjee, who were in judicial custody for their alleged involvement in the multi-crore teacher recruitment scam in West Bengal School Service Commission (WBSSC).

According to sources close to ANI, CBI arrests former School Service Commission (SSC) Chairman and now North Bengal University Vice-Chancellor Subires Bhattacharyya in the SSC scam case, in relation to alleged irregularities in the appointment of teaching and non-teaching staff.

ED had earlier arrested Partha Chatterjee and his close associate Arpita Mukherjee on July 23 after carrying out search operations at various premises linked to the teacher recruitment scam.

Partha Chatterjee had earlier remained in the custody of the ED from July 23 to August 5. The ED had earlier seized cash amounting to a total of Rs 49.80 crore and gold and jewellery valued at more than Rs 5.08 crore from two premises during the searches conducted on July 22 and July 27-28. “With the present attachment, total attachment seizure in the case stands at Rs 103.10 crore.”