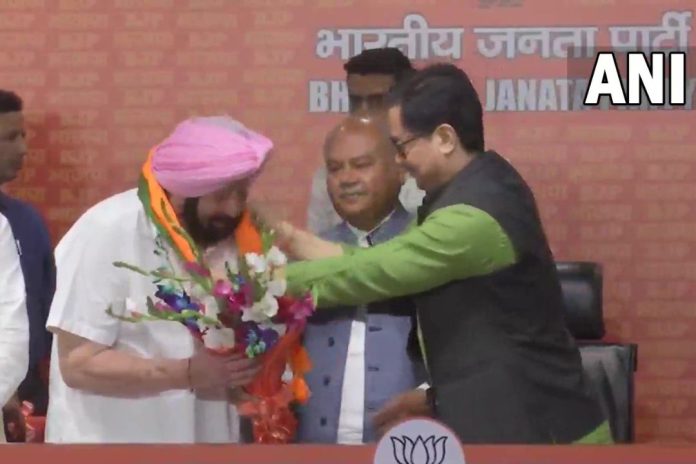 Union Minister Kiren Rijiju said that “We think that right thinking people of the country should be united. A sensitive state like Punjab should be handled carefully. During his tenure as CM, he never kept politics before national security.”

Capt Amarinder Singh added that “Punjab is a border state, and I have seen our relations with Pakistan deteriorating. Drones are coming into our territory now to create complete chaos in Punjab. China is also not far from us. It’s our duty to protect our state and the country.”

He further added that “It is now time to join a party that is looking after the interests of the country.”