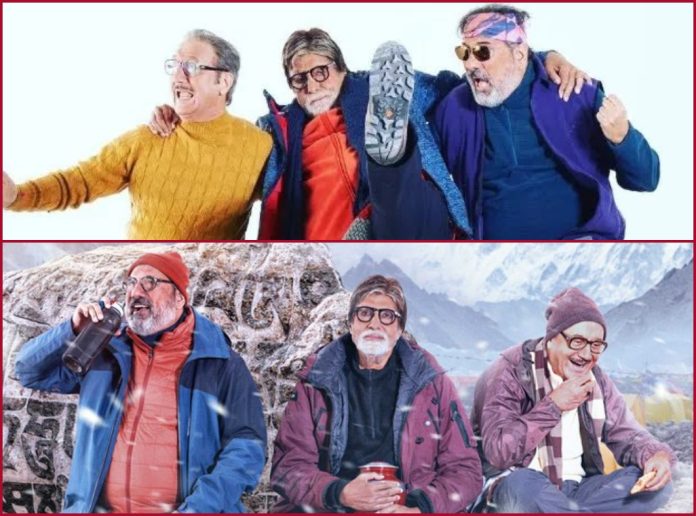 After weeks of breaking the internet with its first look, Uunchai now comes with its second poster on Monday and it features Boman Irani, Amitabh Bachchan, and Anupam Kher.

T 4415 – Proud to bring to you the second poster of our film #Uunchai.

Come watch me and my friends @AnupamPKher @bomanirani celebrate friendship, adventure & life with your friends & family!

Uunchai’s latest poster, Amitabh Bachchan, Anupam Kher, and Boman Irani can be seen resting against an inscribed rock, taking a break from a challenging trek in the Himalayas.

The mighty Mount Everest marks its presence in this poster as well. Friends can be seen eating home-cooked food, hinting at the family-film element that fans have come to expect from Rajshri films.

The tagline ‘Friendship was their only motivation’ speaks for the visual too, where the warmth of friendship is keeping spirits up in challenging terrain, winds, and snow.

The film is directed by Sooraj Barjatya and is set to be released on November 11 this year.