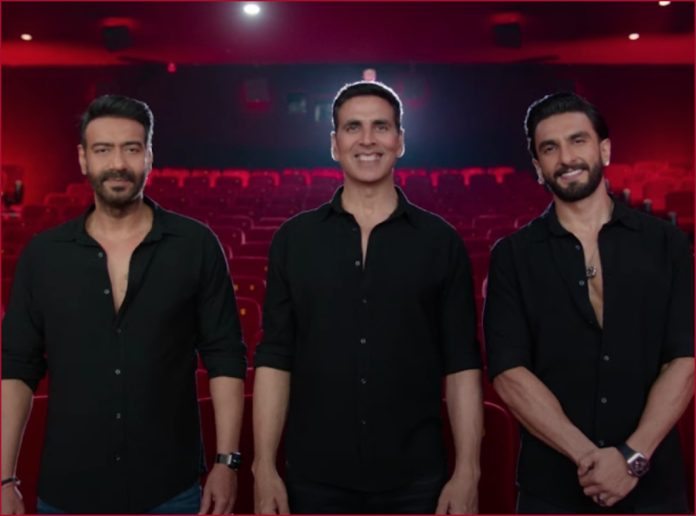 The epic Hindu mythological film ‘Mahabharat’ starring Pradeep Kumar, Padmini, and Dara Singh is all set to have its sequel soon.

Ranveer Singh, Akshay Kumar, and Ajay Devgn have been roped in as the lead actors for ‘Mahabharat 2.0,’ Nana Patekar, Paresh Rawal, and Anil Kapoor are also reportedly a part.

Firoz Nadiadwala, who is known for making classic comedy films like ‘Hera Pheri’ and ‘Welcome’ will be backing the project that is set to be made with new technology, a high budget, and some of the most popular Bollywood actors.

The epic drama is expected to replace RRR, at Rs 550 Crore, the most expensive Indian film to be ever made.

It is also claimed that this film will compete with the Lord of the Rings, Star Wars, Harry Potter, and Marvel and DC films produced in Hollywood. Since the producer wants the movie’s USP to be its people, storytelling, emotions, and dialogues, the majority of the action will be real and won’t rely too heavily on special effects. The audience is expected to find it new and interesting.

Moreover, the new Mahabharat film will be of 3 hours and a pan-India flick made primarily in Hindi and later it will be dubbed into other Indian languages.

According to the sources, the work on the script is going on for four to five years and the grand-scale film will take a couple of years for pre-production.