Will The Blend Of Youngsters And Experienced Players Strongarm India At T20 WC? | Newsmobile
Saturday, December 10, 2022

Home Home Slider Will The Blend Of Youngsters And Experienced Players Strongarm India At T20... 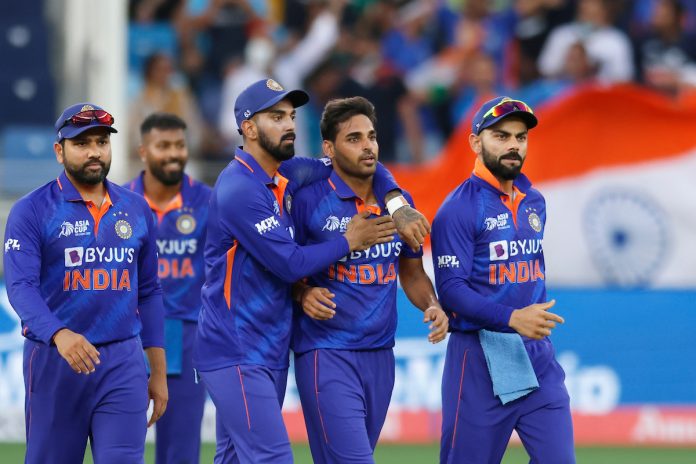 New Delhi: A cricket frenzy storm awaits Indian fans as they will witness the ultimate clash of Men In Blue with other world-class sides in the upcoming T20 World Cup slated in October this year.

The Indian side announced a squad for the upcoming T20 World Cup. The team has changed from the last T20 WC as they will head to Australia under skipper Rohit Sharma and coach Rahul Dravid.

Rohit Sharma and selectors picked up a squad of young guns and experienced players for the upcoming campaign. Players like Deepak Hooda, Dinesh Karthik, and Arshdeep Singh dominated their way into the squad by consistently performing in the previous series.

After a major mishap during India vs Pakistan game in the Asia Cup, left-arm medium pacer Arshdeep Singh was targeted with serious criticism due to the catch drop. However, the management backed up the player as he made his way into the squad.

Singh has played a total of 11 international T20 games and picked up 14 wickets. He has turned out to be a viable death bowler for the side during pressure situations with close to perfect execution of yorkers. His economy rate of 7.38 makes him a preferable choice during high-intensity games.

In absence of Ravindra Jadeja, India has included Deepak Hooda. Hooda claimed his place after a power-packed century in a T20 game against Ireland in July. Hooda will prove to be a vital addition to the playing XI as he can perform with both bat and bowl and give Rohit an option of an extra spinner.

The addition of Ravichandran Ashwin and Dinesh Karthik to the 15-member squad was indeed a surprise for many former players. Dinesh Karthik is having a dream run in the game. After a successful IPL campaign, he was added to the squad and has proved to be a vital contender for the job of a finisher in the squad.

Ashwin will be the only frontline finger-spinner and his experience in Australia might help strengthen the Indian bowling attack.