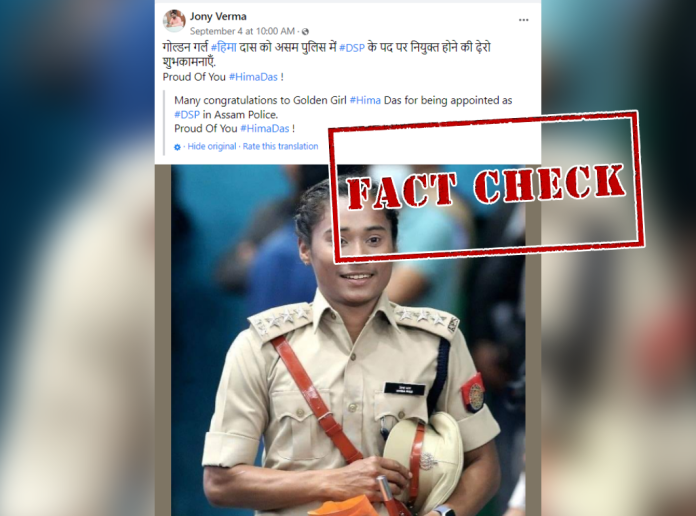 An image of Indian athlete Hima Das wearing a police uniform is being shared on social media with the claim that she has been appointed as DSP. Honouring her, the Assam government has appointed her to the post of DSP.

The image is shared on Facebook with a caption: “गोल्डन गर्ल #हिमा दास को असम पुलिस में #DSP के पद पर नियुक्त होने की ढ़ेरो शुभकामनाएँ. Proud Of You #HimaDas” (English translation: Many congratulations to Golden Girl #HimaDas on being appointed as #DSP in Assam Police. Proud of You #HimaDas) 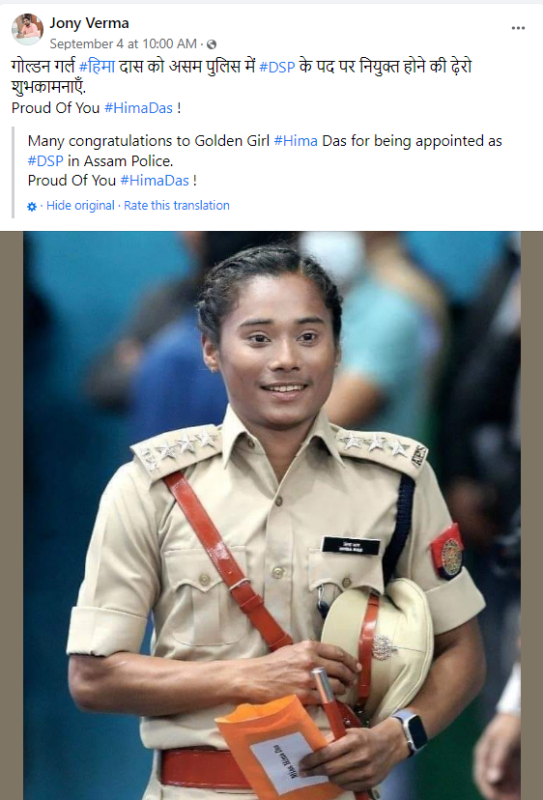 We found similar information covered by several news reports in 2021. According to one article published on February 26, 2021, Hima Das was made Deputy Superintendent of Police by the Assam government during a function held in Guwahati. Check similar articles here and here. 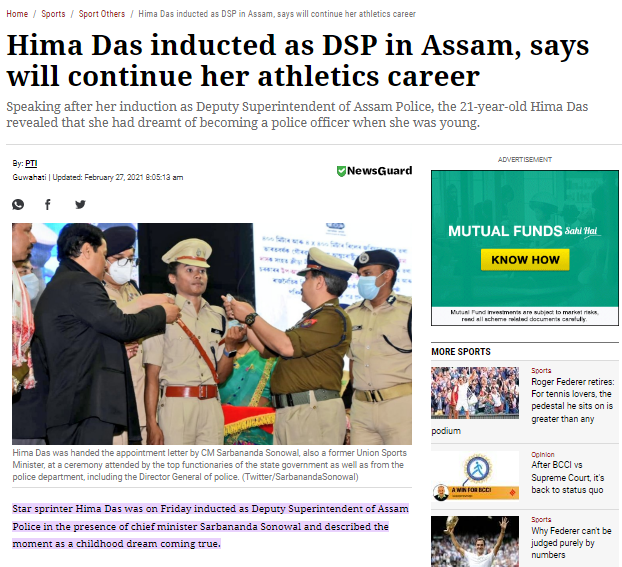 Searching further, we found the video of the ceremony on The Print’s official YouTube channel on February 27, 2021.

A video of Hima Das’s interview had been uploaded on India TV’s official YouTube channel on 27 February 2021. On being chosen as the Deputy Superintendent of Police, she said: “She has been dreaming of becoming a police officer since childhood. Since my school days, I wanted to become a police officer and it was my mother’s dream, too. She used to get me a gun in a toy during Durga Puja. My mother used to say that I should serve Assam Police and become a good person.”

During the investigation, we found the viral picture of Hima Das shared on her official Twitter account on February 26, 2021.

Thus, we can conclusively say that old image of Hima Das appointed as Assam DSP is being shared as recent news.