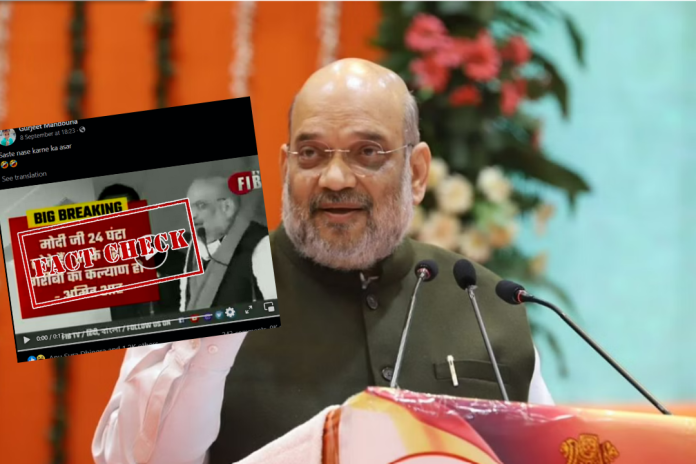 A video clip of Union Home Minister Amit Shah has surfaced on the internet in which he can be seen addressing a public rally saying that Prime Minister Narendra Modi sleeps for 24 hours for the betterment of the poor.

(English translation: “Modi Ji sleeps for 24 hours so that the poor of the country are benefitted”) 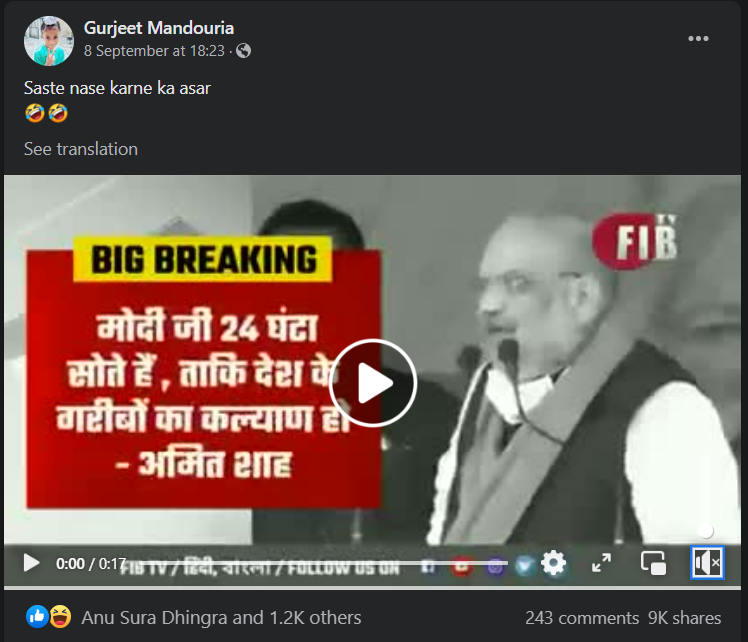 We extracted keyframes of the video and put them through Reverse Image Search and used specific keywords such as ‘PM Modi’, ’24 hours’, ‘Amit Shah’. The search led us to a video on Facebook dated April 18, 2021, in which Shah can be heard making the same statement.

On digging further, we scanned through the official YouTube channel of the Bharatiya Janata Party (BJP). We came across the original video dated April 17, 2021, in which Amit Shah addressed a public rally in West Bengal’s Chapra.

At the 5:40 minute counter, the clip in question can be found and Amit Shah can be heard saying “PM Modi thinks 24 hours for the betterment of the poor”.

Hence, the above information makes it clear that Amit Shah’s video clip in question is viral with a misleading claim.