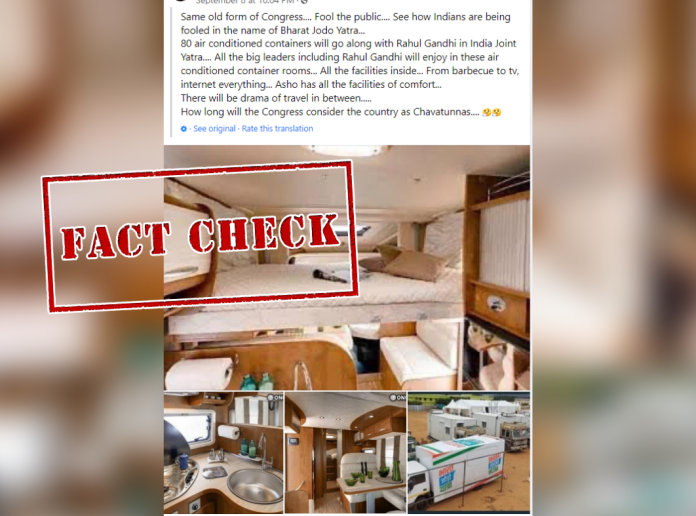 Some images showing expensive buses, beds, and wash basins are viral on social media, linking them to the ‘Bharat Jodo Yatra’ of the Congress party. In one of these pictures, it is claimed that Indians are being fooled in the name of padayatra. It is further claimed that 80 air-conditioned containers are accompanying Rahul Gandhi in his march. All the facilities — like barbecue, TV,  and internet — are available inside these containers. 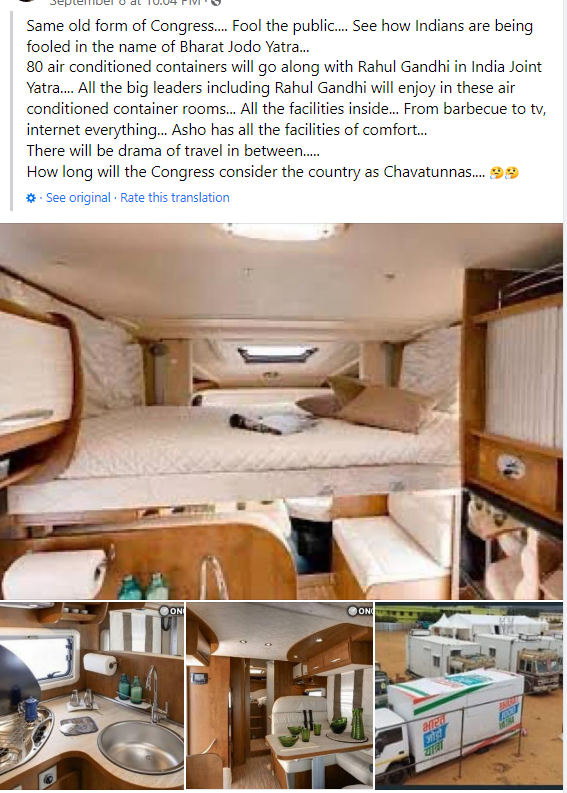 Doing a simple Reverse Image Search directed us to a website that carried the same viral images with a headline “Luxury motorhomes by JCBL PLA launched in India.” The article further states that “JCBL Group, one of India’s leading bus body makers based out of Chandigarh in technical collaboration with the Italy-based PLA SLA, has rolled out two variants of the ultra-luxury motorhomes into the Indian market, which have been priced between ₹75-80 lakh a unit (on-road price, New Delhi).”

The viral image of the bus had been published in an article in 2013, with a headline: “The Ultimate Guide to Campers, Caravans and Motorhomes in India.”

News18 has also carried a video report showing the containers arranged for Rahul Gandhi and other leaders to stay. The containers seen in it and the buses seen in the viral pictures are completely different.

Thus, it is evident that unrelated images are being falsely linked to ‘Bharat Jodo Yatra’ of Congress party.