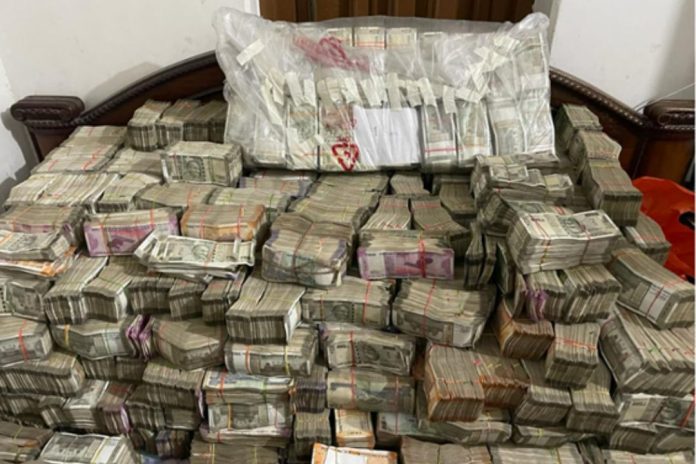 Kolkata: The Enforcement Directorate recovered ₹17 crores from the residence of a businessman in Kolkata.

The recovery was made from the Garden Reach residence of a businessman identified as Aamir Khan. According to reports, the cash was found in five trunks at his residence.

The search was carried out throughout the day accompanied by bank officials and central forces. The raids were conducted under the Prevention of Money Laundering Act (PMLA).

According to reports, Aamir Khan launched a mobile gaming application namely E-Nuggets, which was designed for the purpose of defrauding the public. The probe agency added that “This provided initial confidence among users and they started investing bigger amounts for a greater percentage of commission and a greater number of purchase orders,”.

ED further added that “Thereafter, all data including profile information was wiped off from the App servers, and only then the users understood the ploy.”

Earlier on Saturday, the central agency had carried out search operations at six locations in Kolkata with respect to an investigation relating to the mobile gaming application.