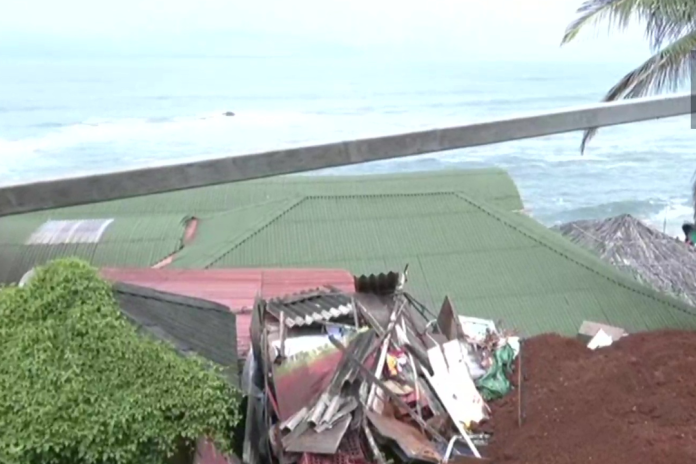 New Delhi: The Supreme Court has stayed the demolition of Curlies restaurant in Goa soon after its demolition began on Friday on the subject to the condition that no commercial activities will take place there.

This is the same restaurant in Goa where actor and BJP leader Sonali Phogat was allegedly drugged and was later declared dead.
The demolition action against the restaurant began after its owner failed to get any respite from the National Green Tribunal (NGT). On Thursday, NGT upheld the Goa Coastal Zone Management Authority’s previous order to demolish the shack.

Owner Edwin Nunes of the ‘Curlies’ restaurant, located on Goa’s famous Anjuna beach, was among five persons arrested in the Phogat death case and on Thursday was later granted conditional bail against a personal bail bond of Rs 30,000 and two sureties of Rs 15,000 each.
The actor was pronounced dead on August 23 at the St Anthony Hospital in Anjuna, North Goa.

A heavy police force has been deployed outside the Curlies restaurant.

“We are providing police protection for the demolition. As per the order, it is being demolished,” said DYSP Jivba Dalvi.

Meanwhile, Goa Coastal Zone Management Authority (GCZMA) has ordered the closure of all commercial activity in the form of nightclubs, bars and restaurants being run by Edwin Nunes and Linet Nunes, both Curlies Restaurant and Night Club and guest house, St Michael Wado, Dando, Anjuna, Bardez-Goa.

“Teams went to various places, as per allegations levelled by the late actor’s brother Rinku including property and other issues. Our team is going to all those places, speaking with local witnesses and trying to get information which may help us reach a conclusion,” informed Goa Director General of Police Jaspal Singh.

Sonali Phogat was declared dead at the St Anthony Hospital at Anjuna in North Goa on August 23. A post-mortem report revealed blunt force injury on her body, following which the Goa Police registered a murder case.

On Friday, Goa Police visited Phogat’s Sant Nagar residence in Haryana’s Hisar district and seized three diaries. Sonali’s bedroom, wardrobe, and password-protected locker were inspected by the police search team. The police also sealed the locker at Sonali Phogat’s residence. Phogat’s PA and his associate were arrested after police accessed the CCTV footage in which the trio were seen partying at a club.

Expressing dissatisfaction over the probe by the Goa Police into the death case of Sonali Phogat, her family will approach the Goa High Court demanding a Central Bureau of Investigation probe into the matter.

Sonali Phogat’s family had met Haryana Chief Minister Manohar Lal Khattar in connection with the case and had demanded a CBI probe. The Chief Minister had assured of the CBI investigation. However, being dissatisfied with the ongoing investigation, the family has decided to go to Goa High Court with their demand.

Speaking to ANI, Vikas Singh, Sonali Phogat’s nephew, who is also an advocate in his family said that they have written to Chief Justice of India UU Lalit for a CBI inquiry, and will approach the Goa High Court with a writ petition by Friday if they are not satisfied with the answer of the top court.

Earlier, Goa Police had said that Sonali Phogat was forcibly drugged by her two associates who were arrested after being named as accused in the case.

Haryana Police detained a man after the family accused him of taking a laptop and mobile from the farmhouse of the deceased BJP leader. Haryana Police has recovered the items following which the questioning is underway.

Sonali Phogat who rose to fame with her TikTok videos contested the 2019 Haryana election as a BJP candidate but lost to then Congress leader Kuldeep Bishnoi (he has since joined the BJP). She also appeared in the reality show Bigg Boss in 2020.