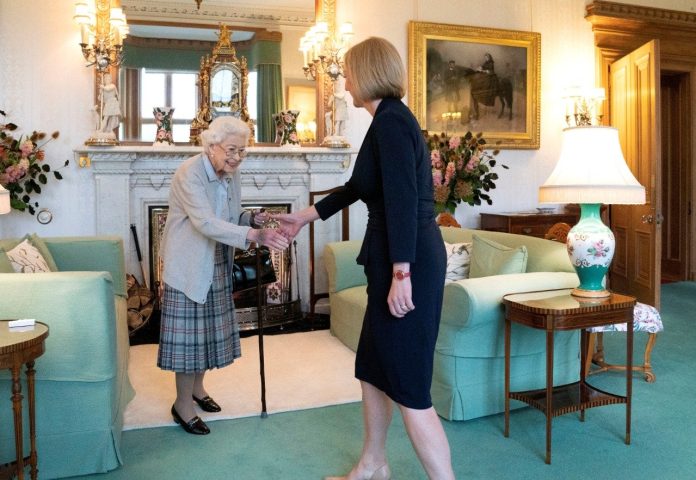 London: Liz Truss was appointed as the next Prime Minister of Britain by Queen Elizabeth II at the Balmoral estate in Scotland on Tuesday.

This is for the first time in Queen Elizabeth II’s reign that a Prime Minister was handed over the power in Balmoral, rather than in Buckingham Palace in London.

The Royal Family in a tweet added that “The Queen received Liz Truss at Balmoral Castle today. Her Majesty asked her to form a new Administration. Ms. Truss accepted Her Majesty’s offer and was appointed Prime Minister and First Lord of the Treasury,”.