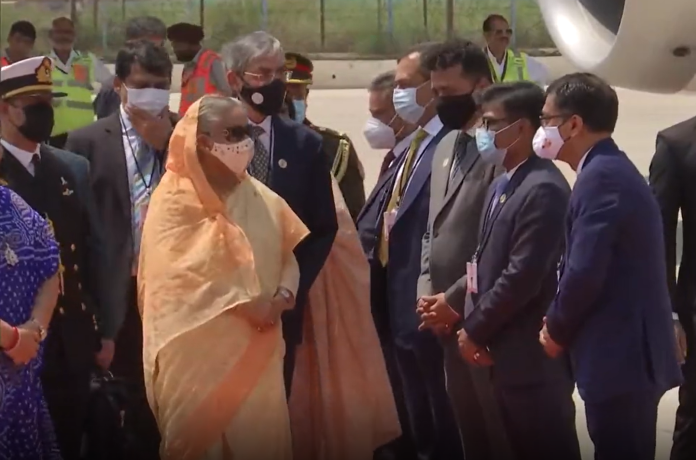 New Delhi: Bangladesh Prime Minister Sheikh Hasina arrived in Delhi on Monday for her
the four-day visit to India on Monday.

Issues on top of the agenda are upgrading defence cooperation, expanding regional connectivity initiatives and establishing stability in South Asia. All eyes are set on Hasina’s first visit since the COVID-19 pandemic began.

External Affairs Minister S Jaishankar will call on PM Hasina during her visit to New Delhi. Hasina is also likely to visit Ajmer Sharif.
This upcoming visit will be her first visit after both nations’ bilateral relations touched their 50th year in 2021.