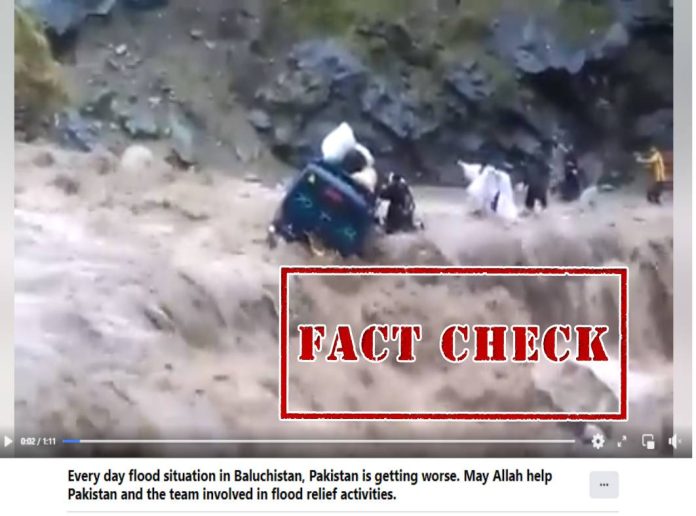 Thousands of houses have been inundated by heavy rains in Balochistan. Several villages across the state also have been cut off as roads and bridges washed away.

In the above context, a video of a van being washed away in the floods is widely shared on social media. The video is shared with a caption hinting that it is of recent flooding in Balochistan.

The caption of the video reads: “Every day flood situation in Balochistan, Pakistan, is getting worse. May Allah help Pakistan and the team involved in flood-relief activities.”

On doing a Google Reverse Image Search with one of the keyframes, we found the same video uploaded by a website, Vidio.com, dated October 23, 2015. The video was shared with a caption: “Keganasan banjir bandang Pakistan terekam sedang menghanyutkan sebuah minibus di kawasan Lowari Pass. Inikah dampak perubahan iklim?” (English translation: “The ferocity of Pakistan’s flash floods was recorded as it washed away a minibus in the Lowari Pass area. Is this the impact of climate change?”) 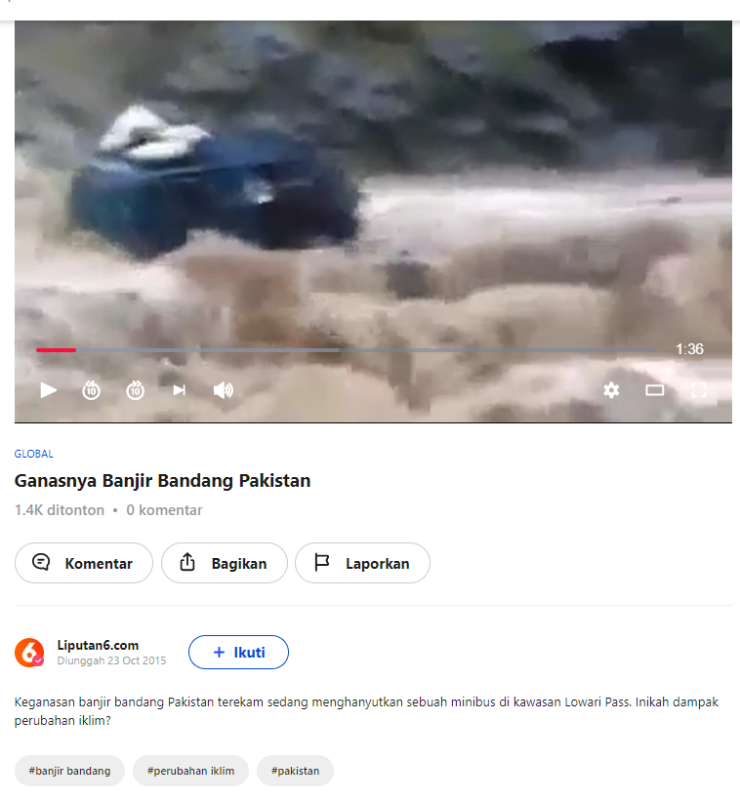 The same video had been uploaded by DailyMail UK on April 10, 2016. The video footage has captured the moment a group aboard a bus escaped with their lives when it was washed away in a raging torrent. The vehicle travelled along the perilous Karakoram Highway, which bridges the gap between China and Pakistan. 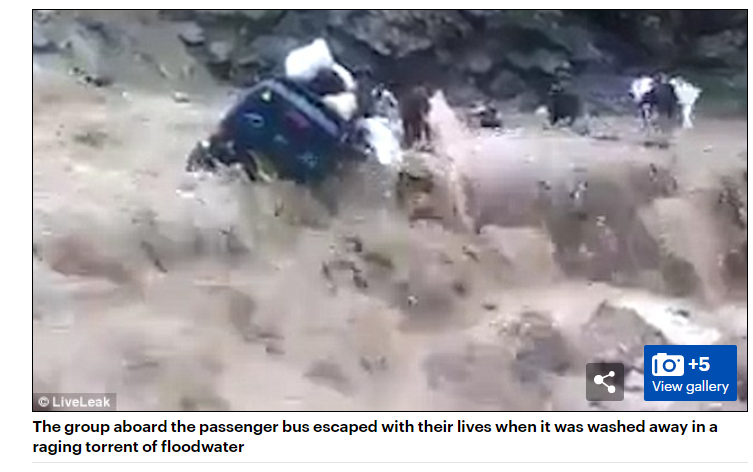 Thus, we can ascertain that claim by the viral video is misleading.