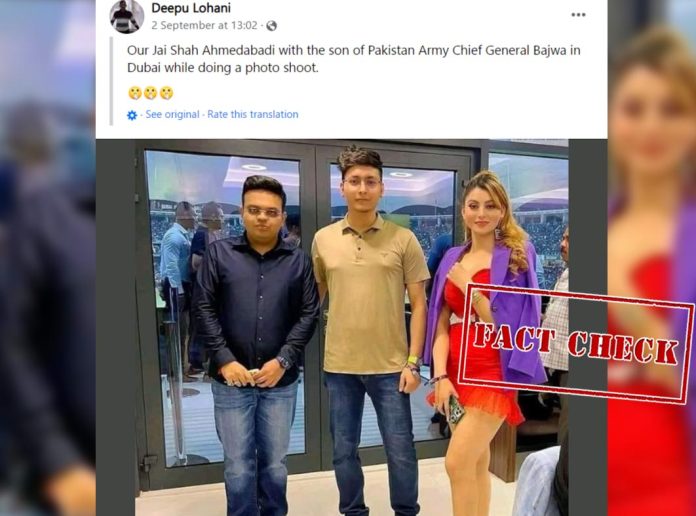 A picture of Jay Shah, Secretary, Board of Control for Cricket in India (BCCI) — posing with a man and a woman — is circulating on social media claiming that the man is Pakistani General Qamar’s son, Saad Bajwa. 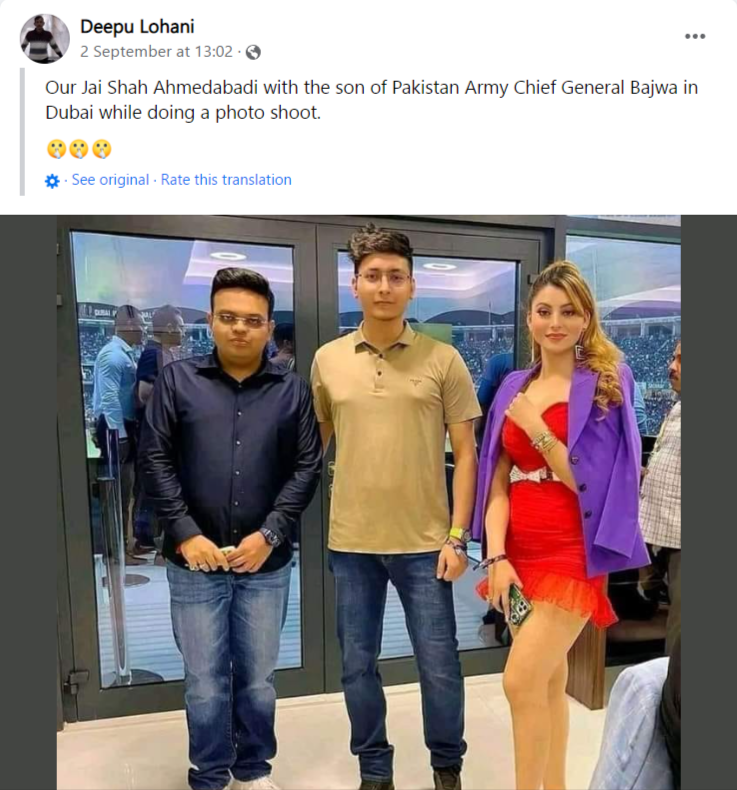 NewsMobile fact-checked the post, and found it to be false. 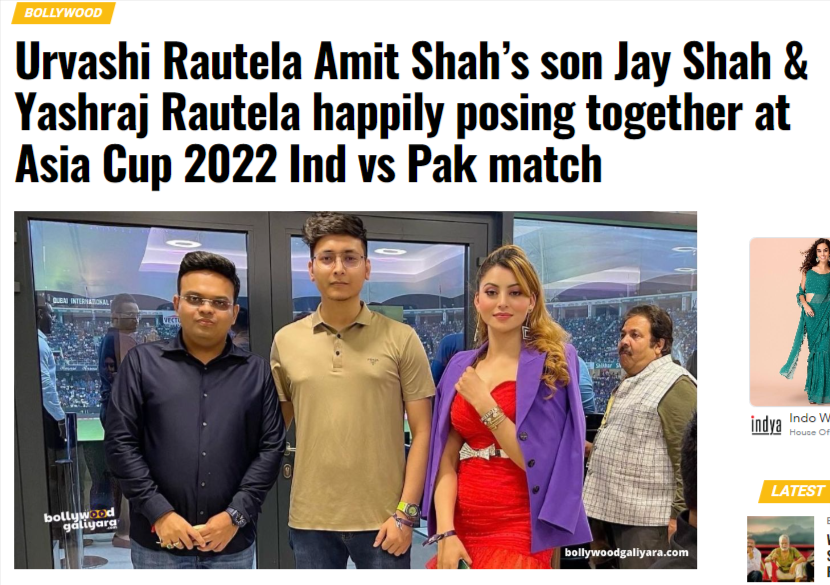 Also, it was found that Yashraj Rautela is the brother of actress Urvashi Rautela. And Urvashi Rautela has uploaded many pictures with Yashraj on multiple occasions, including Raksha Bandhan, on her social media accounts. The posts can be seen here and here. 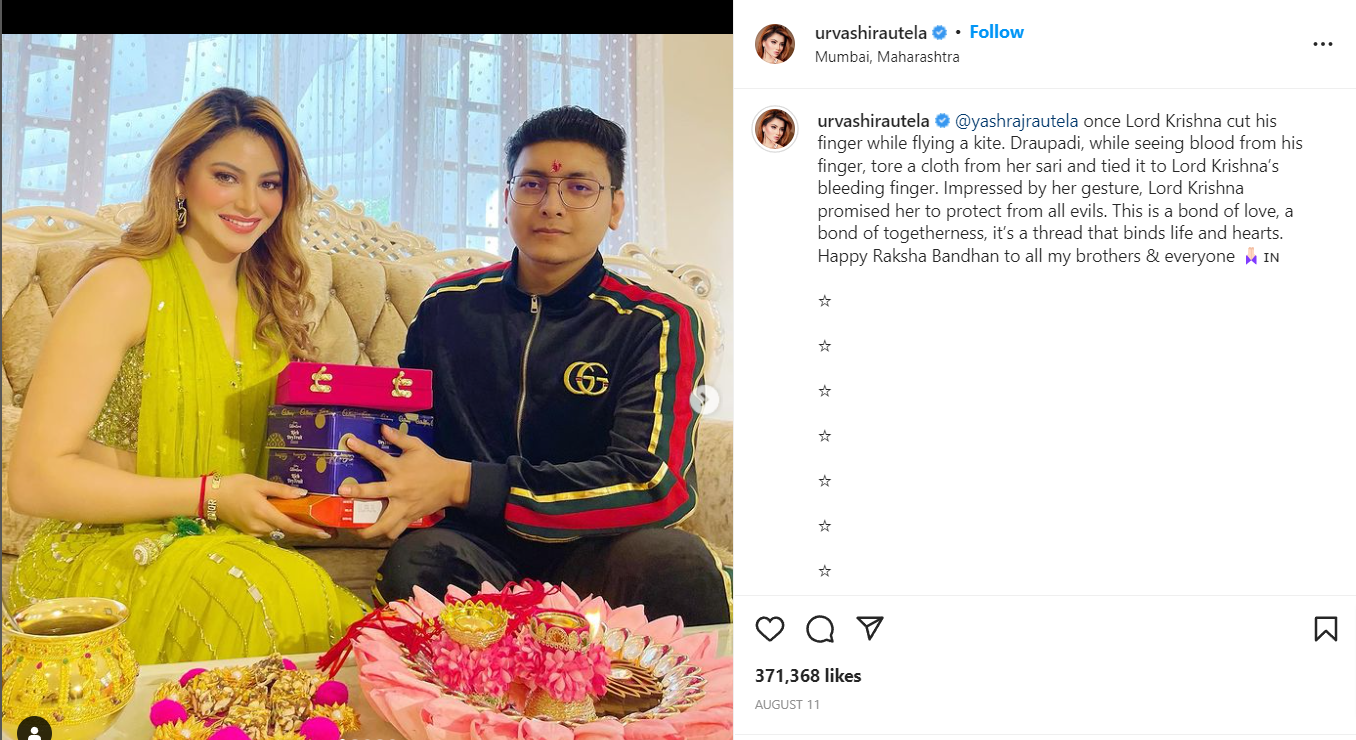 Yashraj has also uploaded a picture of himself — dated August 28 — geotagging to the Dubai International Stadium, indicating that he was present at the India-Pakistan Match. 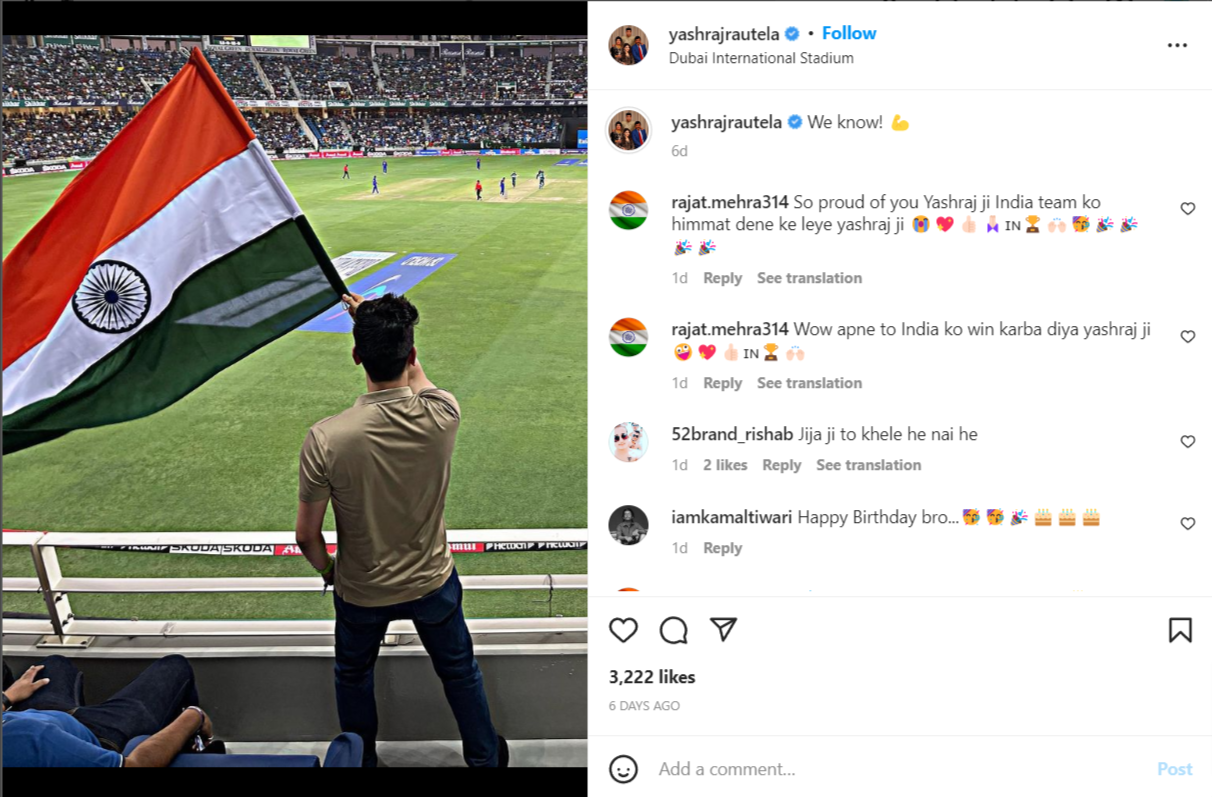 We also found pictures of  Urvashi Rautela and Jay Shah from the match day with the same attire as seen in the viral picture.

Thus, it is clear that the viral pictures is being shared with a false claim.