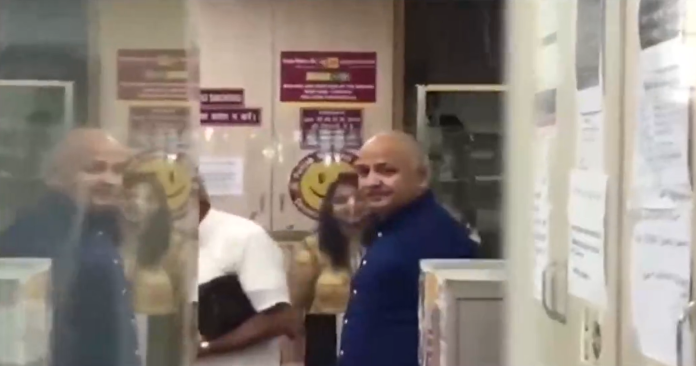 Ghaziabad: Delhi Deputy Chief Minister Manish Sisodia on Tuesday reached a Punjab National Bank (PNB) branch in Ghaziabad as the Central Bureau of Investigation (CBI) searched his locker in connection with its probe into alleged irregularities in the capital’s now-withdrawn excise policy.

Sisodia was accompanied by his wife.

After the search, Sisodia said: “Nothing was found in my bank locker today just like nothing was found at my residence during the CBI raid. I am happy that I have got a clean chit. The CBI officials treated us well, and we also cooperated with them. Truth has won.”