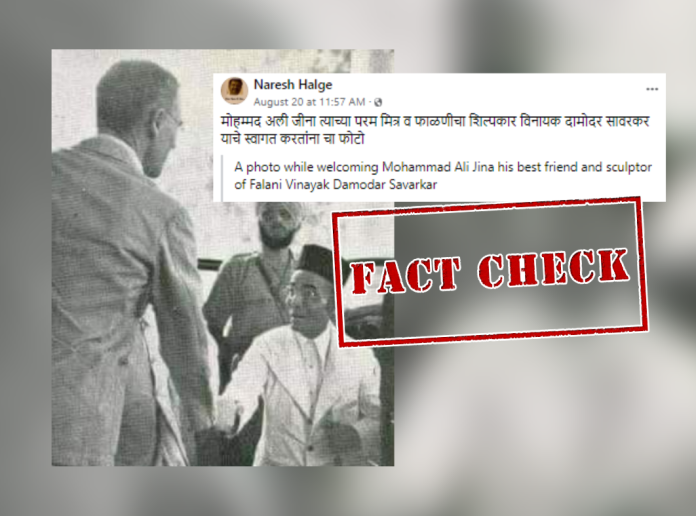 An old photograph of the then Hindu Mahasabha President Vinayak Damodar Savarkar shaking hands with a person is being widely shared on social media with a claim the man in the picture was Pakistan’s founder Muhammad Ali Jinnah. 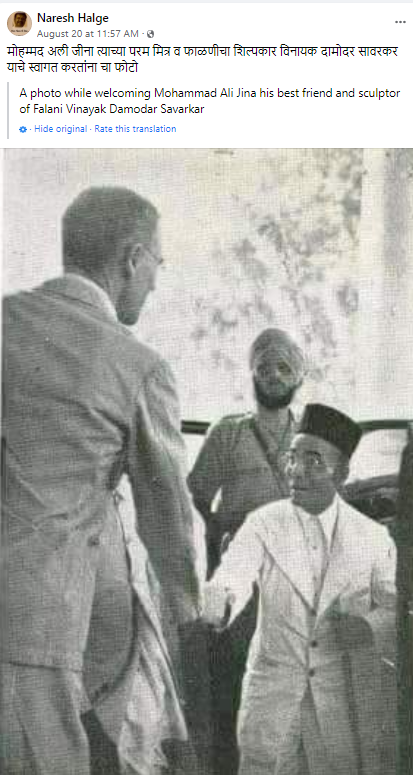 Doing a simple Reverse Image Search, we found that the same image was also uploaded by several Twitter users with the caption, “Sir Stafford Cripps receiving Veer Savarkar as the head of the Mahasabha Delegation (Delhi March 1942)”

Taking a cue from this, we searched further and found that under the Cripps Mission, Sir Stafford Cripps met several political leaders. Since several Indian political leaders rejected the provisions of the mission, it failed in India.

Searching further, we found the same image uploaded on the verified Twitter handle of research scholar Anuj Dhar. In reply to this tweet, Vikram Sampath, who authored two of Savarkar’s biographies, said “This is such a stupid argument! The picture is of Stafford Cripps welcoming the Hindu Mahasabha delegation for talks in 1942 (before Quit India!). Mahasabha was the only party that opposed Cripps’s mission. Nehru & Azad had firmed association & Nehru was to be a defence minister.”

This is such a stupid argument!. The picture is of Stafford Cripps welcoming the Hindu Mahasabha delegation for talks in 1942 (before Quit India!). Mahasabha was only party that opposed Cripps mission. Nehru & Azad had firmed association & Nehru was to be a defence minister 🤦

Searching further, we found the same image published in one of Savarkar’s biographies titled, “Swatantryaveer Vinayak Damodar Savarkar.” The image caption reads, “Savarkar with Sir Stafford Cripps.” The same image can also be found in another biography titled, “Savarakar and His Times (1950)”

Thus, it is evident from the above information that the viral claim is misleading as the image shows Savarkar meeting Sir Stafford Cripps and not Muhammad Ali Jinnah.