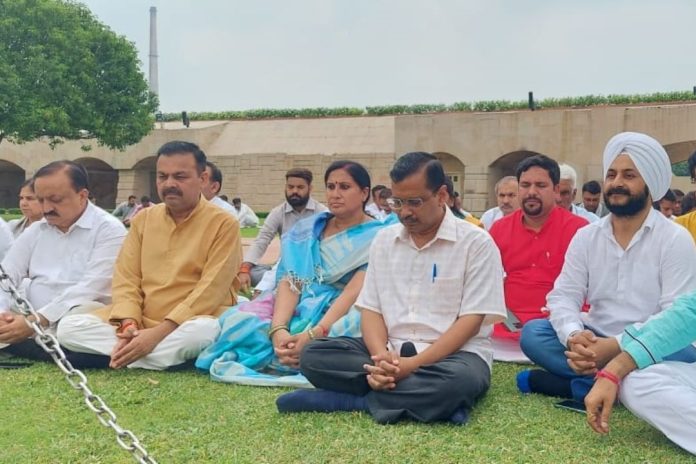 New Delhi: Chief Minister Arvind Kejriwal held a special meeting with the Aam Aadmi Party MLAs where 53 out of 62 MLAs attended the meet on Thursday amid speculations of horse-trading.