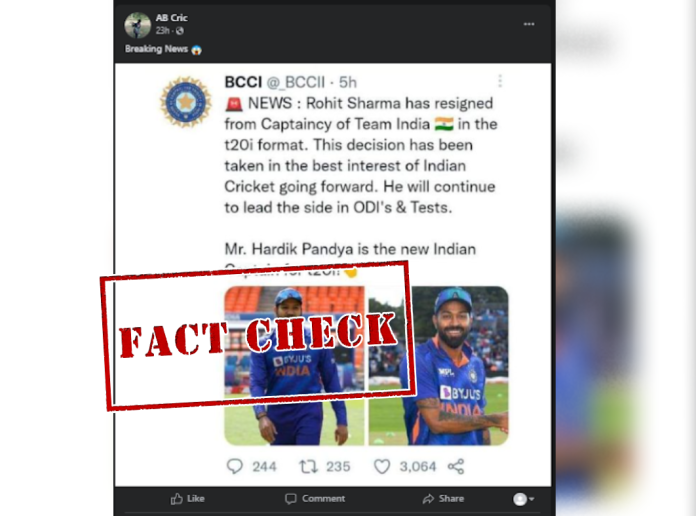 The Indian cricket team has been led by 7 different captains across the formats in 2022, so far. The enormous bench strength and regular injuries to key players have forced the selectors to make such changes to the team’s leadership time and again this year.

Against this backdrop, a viral image of a tweet, claiming that Rohit Sharma has resigned from T20I captaincy and that the board has appointed Hardik Pandya as the new captain, is doing the rounds on social media.

A Facebook user posted the viral image with a caption: Breaking News 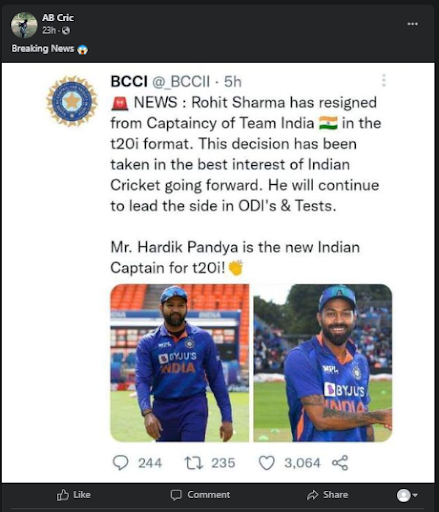 NewsMobile fact-checked the viral claim, and found it to be false.

Running the Google Keyword Search, we could not find even a single platform informing about the leadership change in Indian cricket team.

Also, going through the official BCCI website — including social media handles of BCCI president Sourav Ganguly,  and secretary Jay Shah — we could not find any such announcement.

The official Twitter handle of BCCI — @BCCI — is a verified profile of the board with over 18.3 million followers and around 818k tweets. The joining date for the account is shown as August 2010, proving that the former is a fake profile of the Indian cricket board.

The difference between the profiles can be seen below: 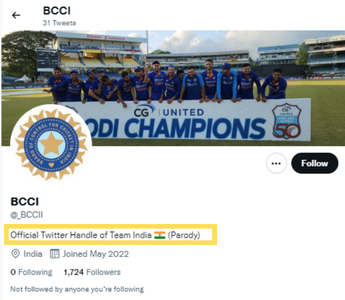 Hardik Pandya is likely to be appointed Rohit Sharma’s deputy for the upcoming T20 World Cup in Australia, but there is no concrete proof to claim that he has been appointed as the captain.

Therefore, we can conclusively say that the viral image announcing Rohit Sharma’s stepping down from T20I captaincy and Hardik Pandya’s appointment as the new captain, is false.