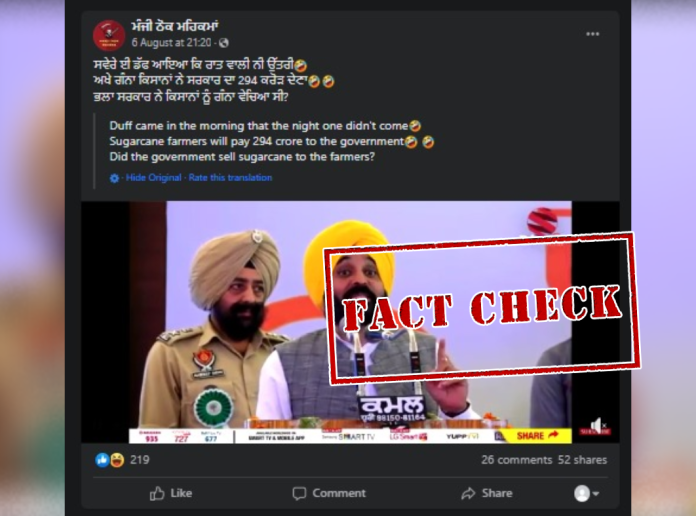 Farmers’ union Samyukt Kisan Morcha (SKM) had been protesting against the non-payment of sugarcane dues and compensation for damaged cotton crops. The agitation was finally called off on August 3, 2022, when Chief Minister Bhagwant Mann agreed to most of their demands, including clearance of all the bills of sugarcane farmers.

Against this backdrop, a viral video of Mann claiming that farmers owe ₹294 crore to the government, is doing the rounds on social media. 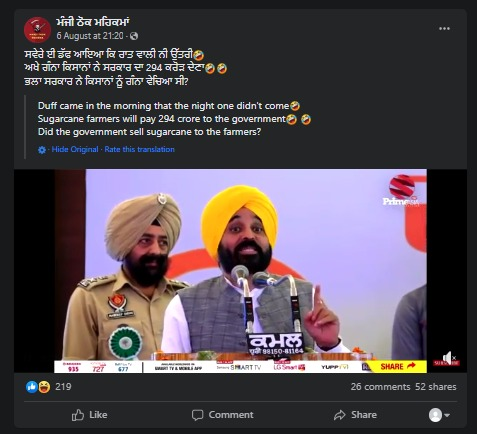 The 15-second video looks like a TV clipping at first glance. Looking closely at the video, we noticed a logo with Prime Asia on the top right corner of the screen. Running a Google Keyword Search for the same, we came to know that the logo is of Prime Asia TV — a Punjabi news channel from Canada.

At 27:23 Mann can be heard saying “I want to tell you that ₹294.98 crore of the government were due towards the farmers. It was pending for many years. The honourable finance minister is sitting here, and he handles the co-operative department.” The words and the video keyframes match exactly with the viral video. 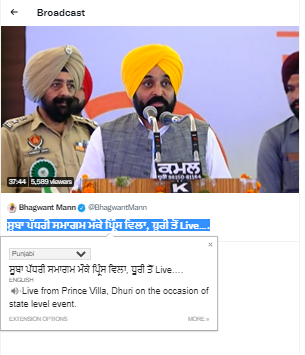 This proves that the viral video has been clipped from the original 37-minute speech given by Bhagwant Mann in Dhuri, on August 5, 2022. Contrary to the viral claim, the Punjab government is aiding farmers by clearing off all the pending bills that are owed by the government to farmers.

Therefore, we can conclusively say that the viral video claiming that farmers owe ₹294.98 crore to Punjab government, is misleading.