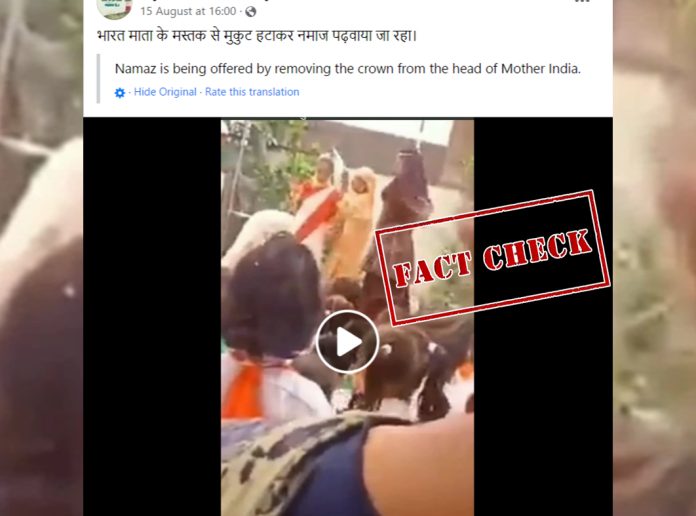 A video of school kids performing a skit is being shared on social media with a claim that the student who was playing ‘Bharat Mata’ (Mother India) was forced to remove her crown and offer Namaz.

(English Translation: Crown was removed from the head of Mother India and asked to offer Namaz) 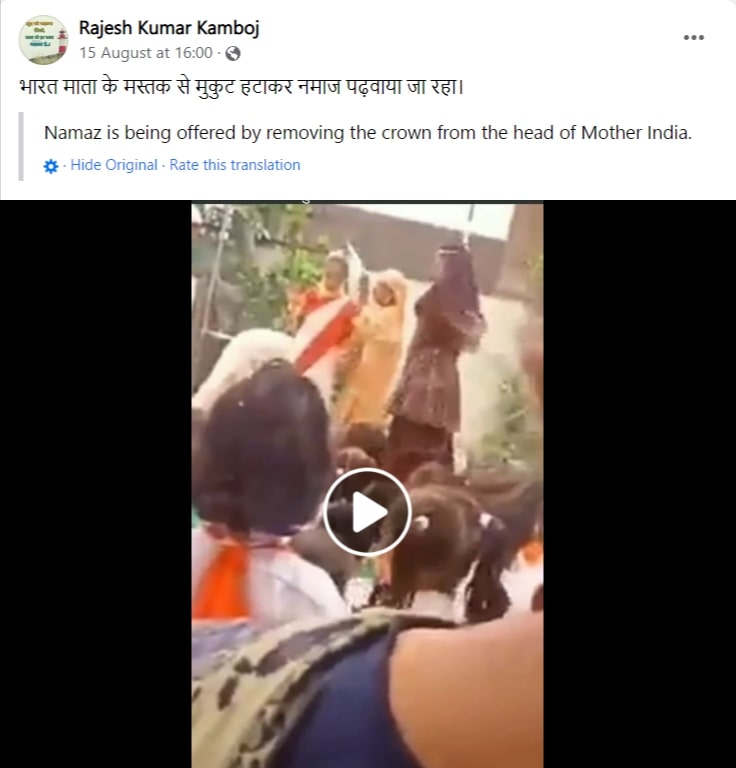 We ran a search and found that the longer version of the video was shared on Twitter by Indian journalist Arvind Chauhan. He shared the video with the caption, “Here is the complete video of the students offering prayers in various ways (as per the religions).”

In the original video, students can be seen offering prayers as per different religious customs. 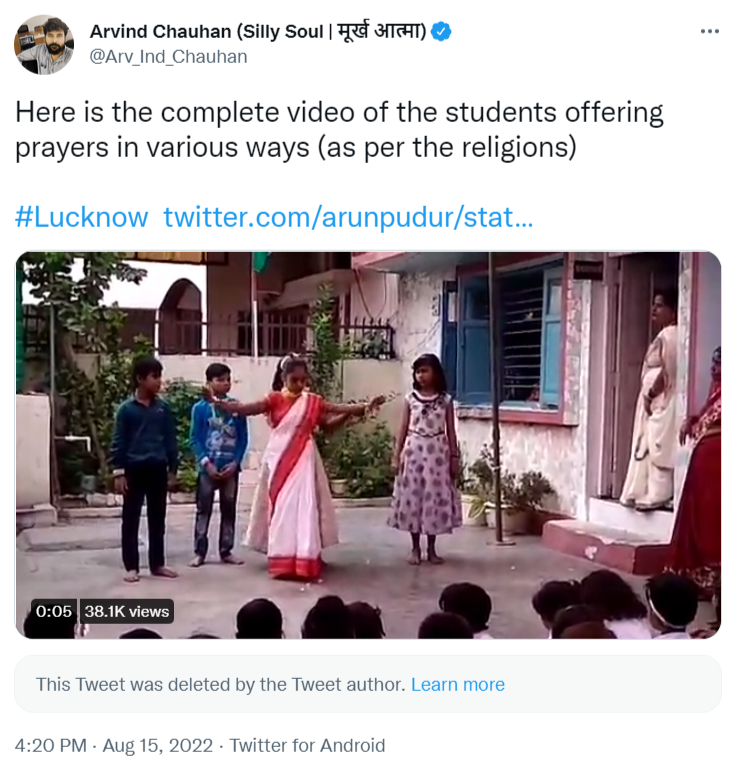 In the same thread, he also shared a quote of the teacher who choreographed the performance. In the video, she can be heard saying that the stage play was performed by the students of the Shishu Bharatiya Vidhyalaya in Lucknow. She also mentioned that the skit was choreographed to show the unity of the country and a small clip of the same is being shared with a false claim.

Listen to the teacher who had choreographed the act.#Lucknow pic.twitter.com/WmP6Sqsbls

(English Translation: Full video of drama presented by small children for communal harmony, is being wrongly propagated by some anti-social elements to spread communal hatred. Strict legal action will be taken against such people.) 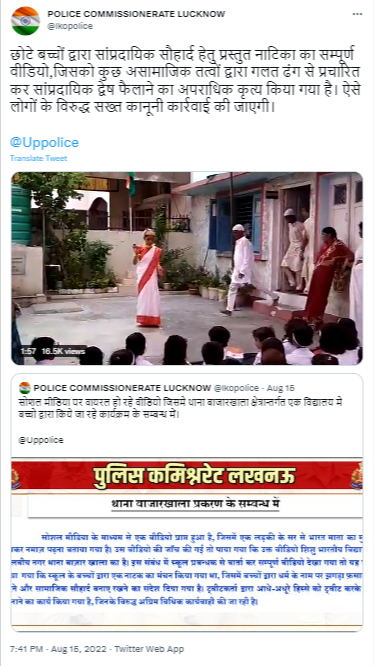 Thus, from the above fact check, it is clear that the viral video is being shared with a false claim.