Fact Check: No, Video Of Rakesh Jhunjhunwala Dancing Is Not His Last Video | Newsmobile
Sunday, November 27, 2022

Home NM FACT CHECKER Fact Check: No, Video Of Rakesh Jhunjhunwala Dancing Is Not His Last... 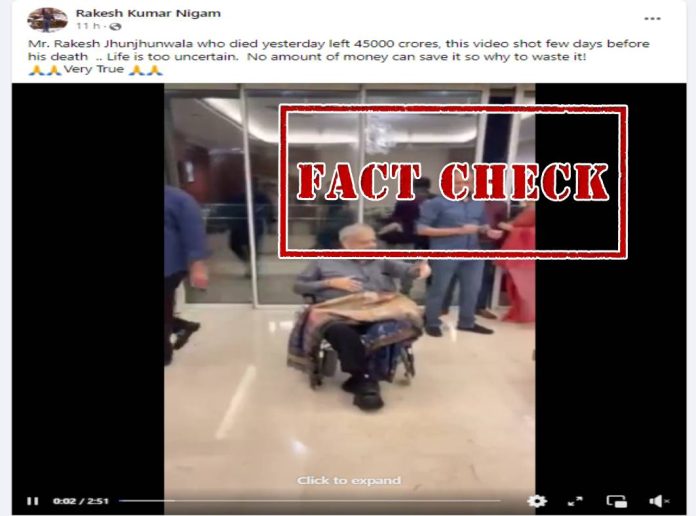 Rakesh Jhunjhunwala was an Indian billionaire business magnate, stock trader, and investor who passed away on August 14, 2022, due to cardiac arrest.

In this backdrop, a video of Rakesh Jhunjhunwala dancing to a song has gone viral on social media with a caption claiming that this was his last video. The post is being shared with a caption that reads, “Mr. Rakesh Jhunjhunwala who died yesterday left 45000 crores, this video shot few days before his death .. Life is too uncertain. No amount of money can save it so why to waste it!” 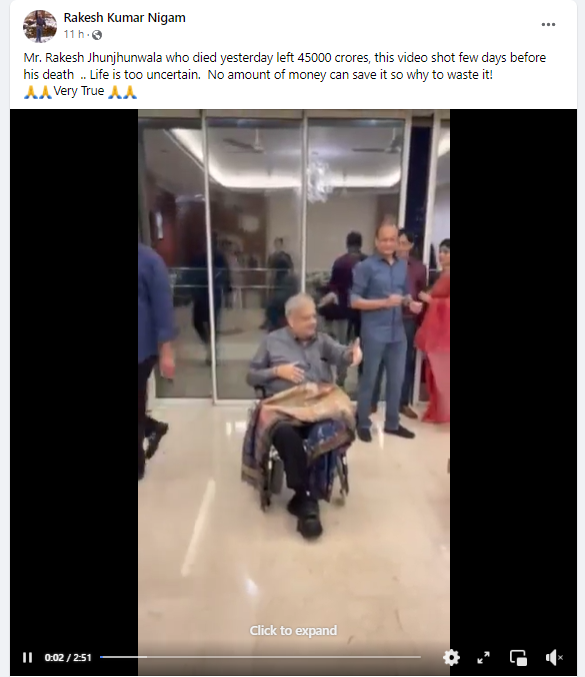 On searching Google with appropriate keywords, we found the same video was uploaded by a Twitter handle, @Indiawanttoknow on August 15, 2021. The image was shared with a cation that read, “The man ( Rakesh JhunJhunwala ) who make Stock-market dance is dancing himself today.” 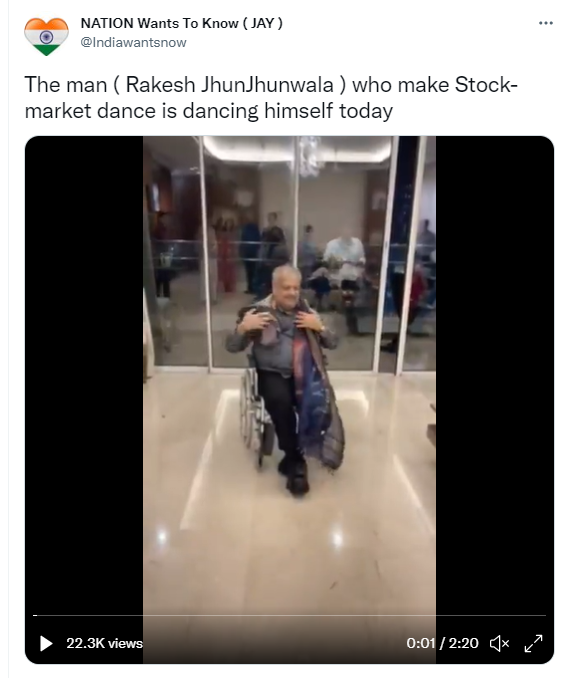 We found the same video was uploaded by Business Today with a caption that read, “A rare video of Rakesh Jhunjhunwala dancing at his birthday celebrations on July 5, 2021.” 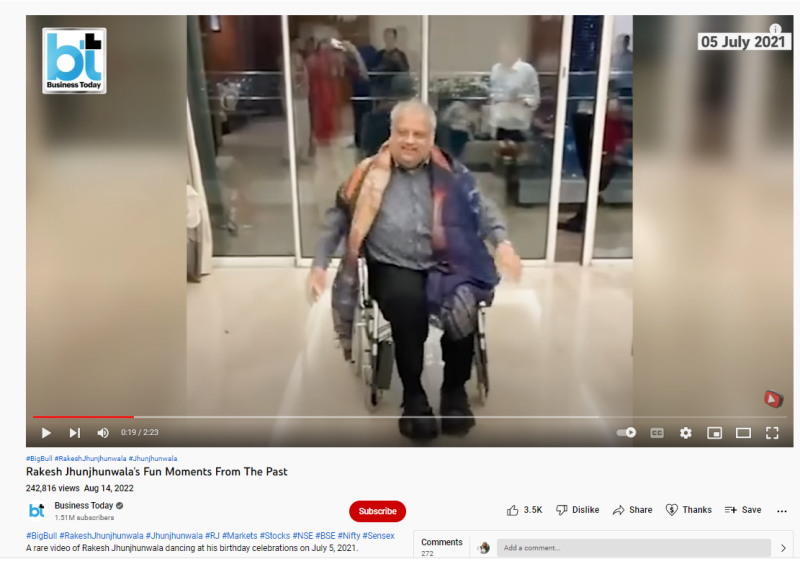 We also found that he appeared publicly for the last time at the inaugural of Akasa Air flight between Mumbai and Ahmedabad on August 7.

Hence, we can ascertain that the viral video is old.