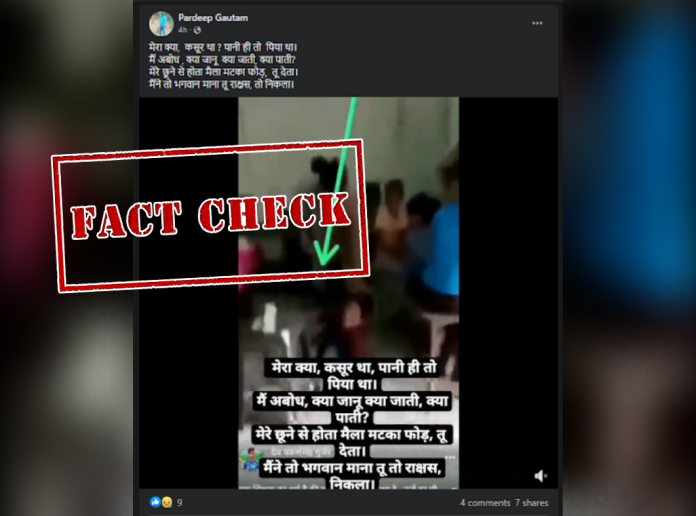 A nine-year-old Dalit boy from Surana village in Jalore district of Rajasthan was allegedly thrashed to death by his teacher for touching the water pot. The incident took place on July 20, 2022, after which the boy was admitted to a hospital in Ahmedabad. The child succumbed to his injuries on August 13, 2022.

Against this backdrop, a video surfaced on social media, showing one teacher beating a child in the classroom. Many users are sharing the video linking it to the Jalore incident. 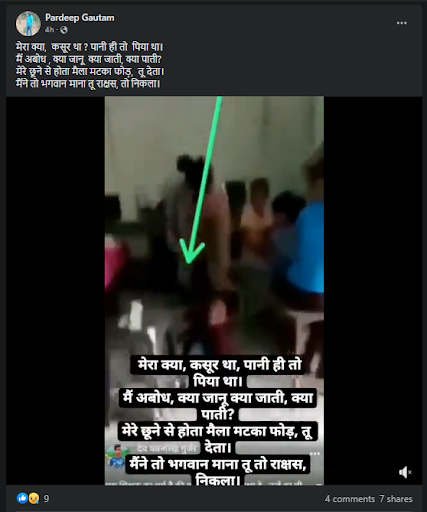 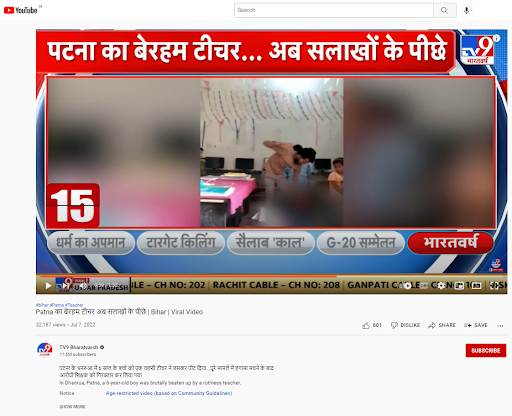 In fact, the YouTube video had captured the incident from Dhanarua in Patna, where a six-year-old boy was beaten up by his teacher. The accused, Amarkant Kumar, was later arrested by the police.

The keyframes of the viral video match precisely with the YouTube video (except that the news channel has blurred the identity of the victim), indicating that the viral video is not from the recent Jalore incident.

By conducting a Google Keyword Search about the incident in Bihar, we found a tweet by the newswire ANI, dated July 7, 2022. The screengrabs attached in the tweet match exactly with the ones in the viral video.

The tweet also contains a statement by the SSP of Patna, stating that “teacher thrashed the child after he witnessed him talking to a female student. Special team was constituted considering matter’s seriousness.”

Various news articles have also informed about the Dhanarua incident in July 2022. Media houses like The Hindu, The Free Press Journal, Hindustan Times, Republic World covered the incident on their online platforms, confirming the authenticity of the original video. 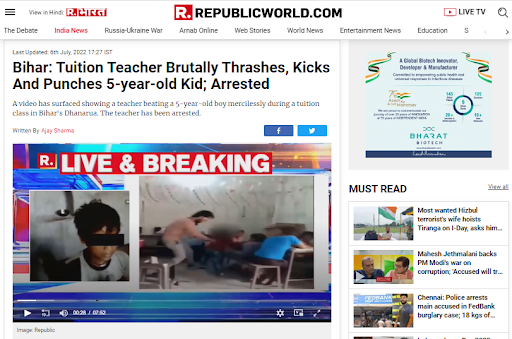 According to Republic World, the video is from a private coaching institute — Jaya Classes Coaching Institute, Veer Oriyara, in Dhanarua of Masaurhi district, adjacent to Patna.

Therefore, it is confirmed that the viral video showing a teacher mercilessly beating the child is from Dhanarua, and has nothing to do with the Jalore incident in Rajasthan.