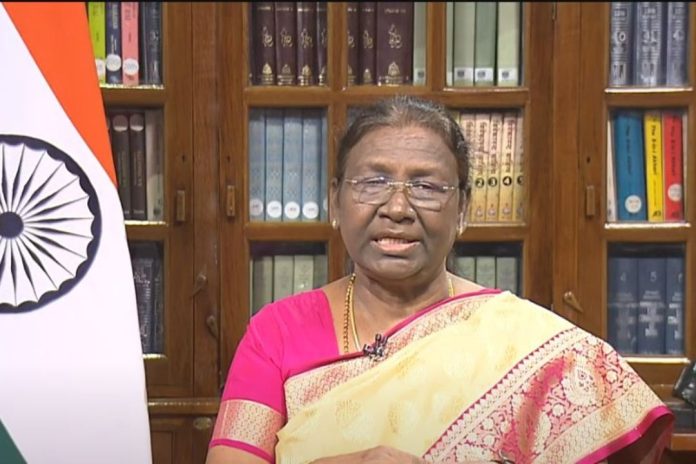 New Delhi: President Droupadi Murmu addressed the nation for the first time on the eve of the 75th Independence Day and added how India broke the shackles of colonial rule on 15th August 1947.