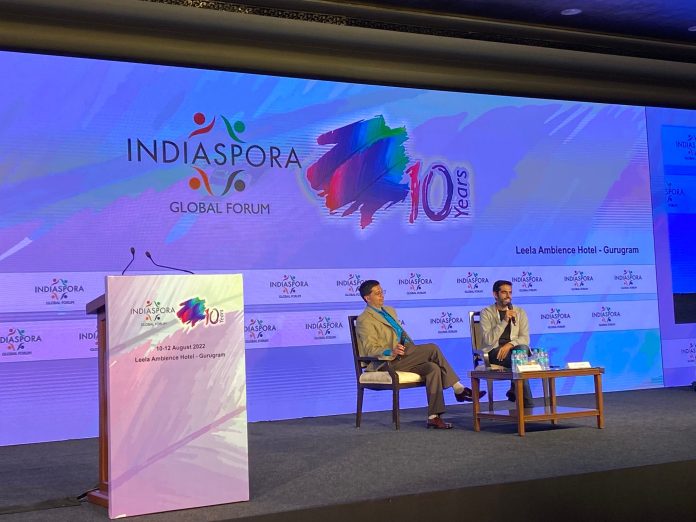 Gurugram: India-US relations have been on an upward trajectory in the recent past, taking it forward, Indiaspora emphasised on bridging existing gaps to further strengthen the relations between the two countries.

Speaking with NewsMobile, Sanjeev Joshipura, Executive Director of Indiaspora, stated that India-US relations are at a maturity now that they were never in past.

“The key thing to keep in mind is that the countries’ relations are at a maturity now that they were never in past. In general, the trajectory is upward for various reasons- geopolitical, diaspora economic, technology, philanthropy, and academics,” Joshipura said.

“But, like in any relationship (between two countries), every country has their own interests, so there will be sometimes conflicts and there will be a difference of opinion,” he said.

“The beautiful thing about the relationship (between India-US), in my opinion, is that today, the relationship is strong enough to withstand and come out of those differences,” Joshipura added.

Speaking about strongarming India-US ties, Sanjeev Joshipura suggested the need to focus on linking the bridge between entrepreneurship and innovation.

“From India’s perspective, I’d focus on linking the bridge between entrepreneurship and innovation. By that, I don’t mean only venture capital and entrepreneurship in the traditional sense, although, that is important. I mean innovation at large, across a variety of different fields, that’s one,” Joshipura said.

He further emphasised on philanthropy to enhance the relations between the two nations.

“Secondly, I think there is a tremendous philanthropic impact and a bridge being built between America and India with various organisations, for example, there is an alliance we (Indiaspora) ourselves have done – Give India’s India Alliance- that’s one of the players in that space. I think that bridge will only further strengthen,” Sanjeev Joshipura told NewsMobile.

“And lastly, utilising 32 million diasporas from India who are abroad and building a bridge between diaspora leaders in various countries and various professions and leaders here in India, those conversations, whether it is in philanthropy, in business, academics, sports, entrepreneurship, whatever it might be, those conversations have tremendous potential for further strengthening the relations between India and United States,” he added.

Meanwhile, Shreekumar Nair, CEO (India), Indiaspora, emphasised on the need to build sports ties between India and US to further strengthen the relations.

“Sport is an area where definitely through this diaspora I want to find partnership. And the way sports are picking up and everybody is playing so many games now, I think it’s also important we connect sports more with sportspersons and trainers from the US coming to India and training our people. That’s something we are totally lacking in our relationship and I’d definitely like to do that,” Shreekumar Nair said.