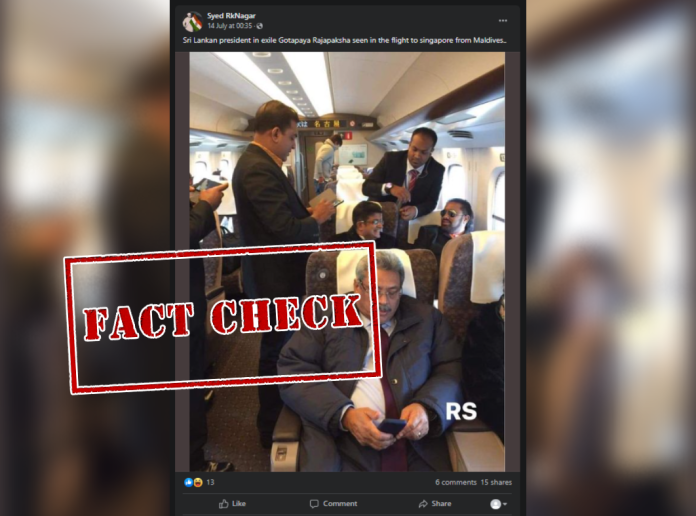 Amidst the ongoing turmoil in Sri Lanka, President Gotabaya Rajapaksa fled to the Maldives when anti-government protests intensified. It was later reported that Rajapaksa flew to Singapore from the Maldives, and on July 14, 2022, tendered his resignation as the island nation’s President, via e-mail, to the Parliamentary Speaker Mahinda Yapa Abeywardenena.

Against this backdrop, a viral image of Rajapaksa sitting on the flight to Singapore from the Maldives is doing the rounds on social media. He’s accompanied by a few people around him.

A Facebook user posted the image with a caption: Sri Lankan president-in-exile, Gotapaya Rajapaksa, seen in the flight to Singapore from Maldives. 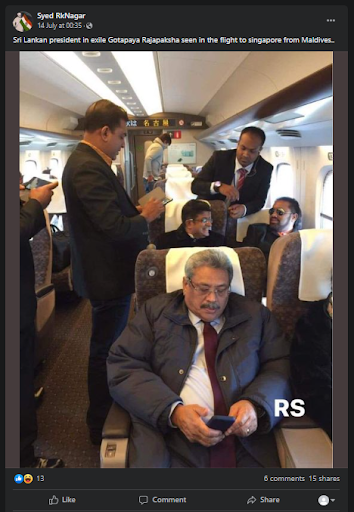 NewsMobile fact-checked the viral image, and found it to be misleading.

Running a Google Reverse Image Search, we found a news article, published in The Colombo Telegraph, dated December 24, 2016, with a title: ‘The Coming Nationalist Juggernaut – 2020’. The picture in the article matches exactly with the viral image, thus proving that the viral image predates the ongoing crisis in Sri Lanka. 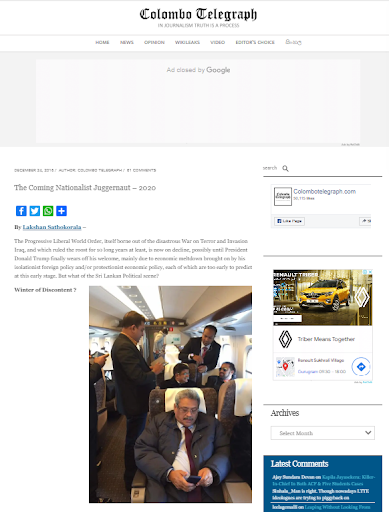 Scanning through Rajapakasa’s official Facebook handle, we came across a couple of pictures posted on December 17, 2016.

Performing a Google translation of the text in the viral image, we identified the language to be Japanese and translated the text to Nagoya.

Therefore, the viral image showing Gotabaya Rajapaksa sitting on a flight from the Maldives to Singapore after fleeing the country, is misleading.