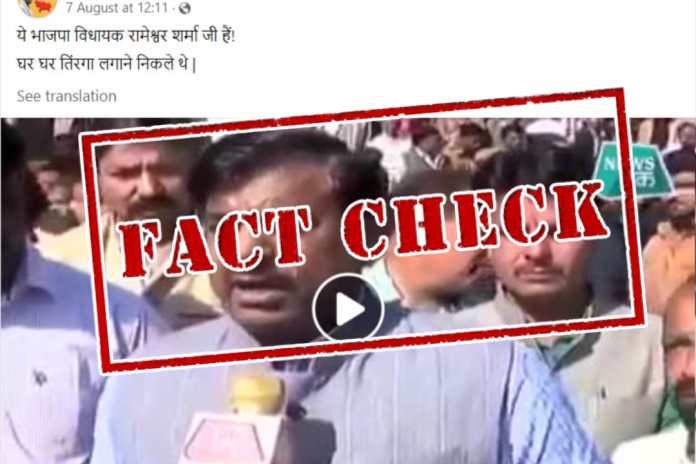 A video of BJP MLA Rameshwar Sharma is being shared on social media, saying that he is unable to recite India’s National Song Vande Mataram correctly. The posts are linking the video with PM Modi’s Har Ghar Tiranga campaign.

The campaign encourages people to bring the ‘Tiranga’ home and hoist it to mark the 75th year of India’s Independence. PM Modi also urged people to change the display pictures (DPs) of their social media accounts to Tricolour during his Mann ki Baat address. 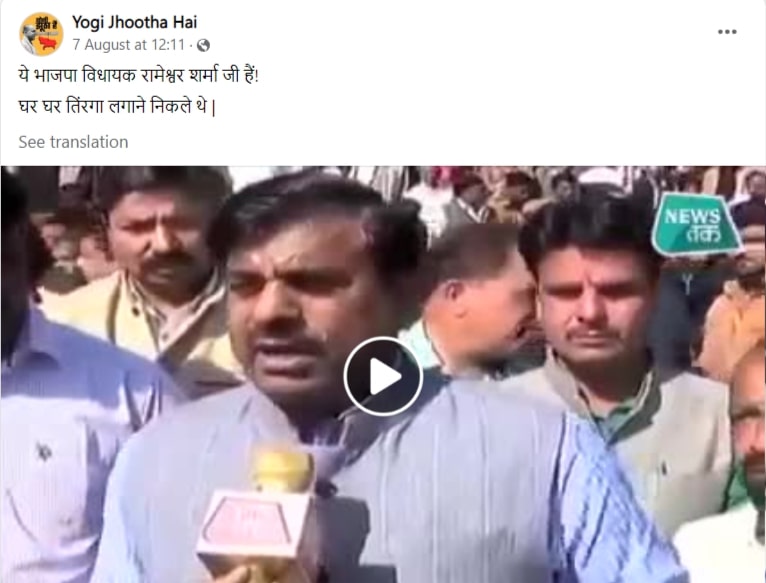 We noticed the logo of News Tak on the top right corner of the video, and found that the original clip on its YouTube channel had been uploaded on January 4, 2019. 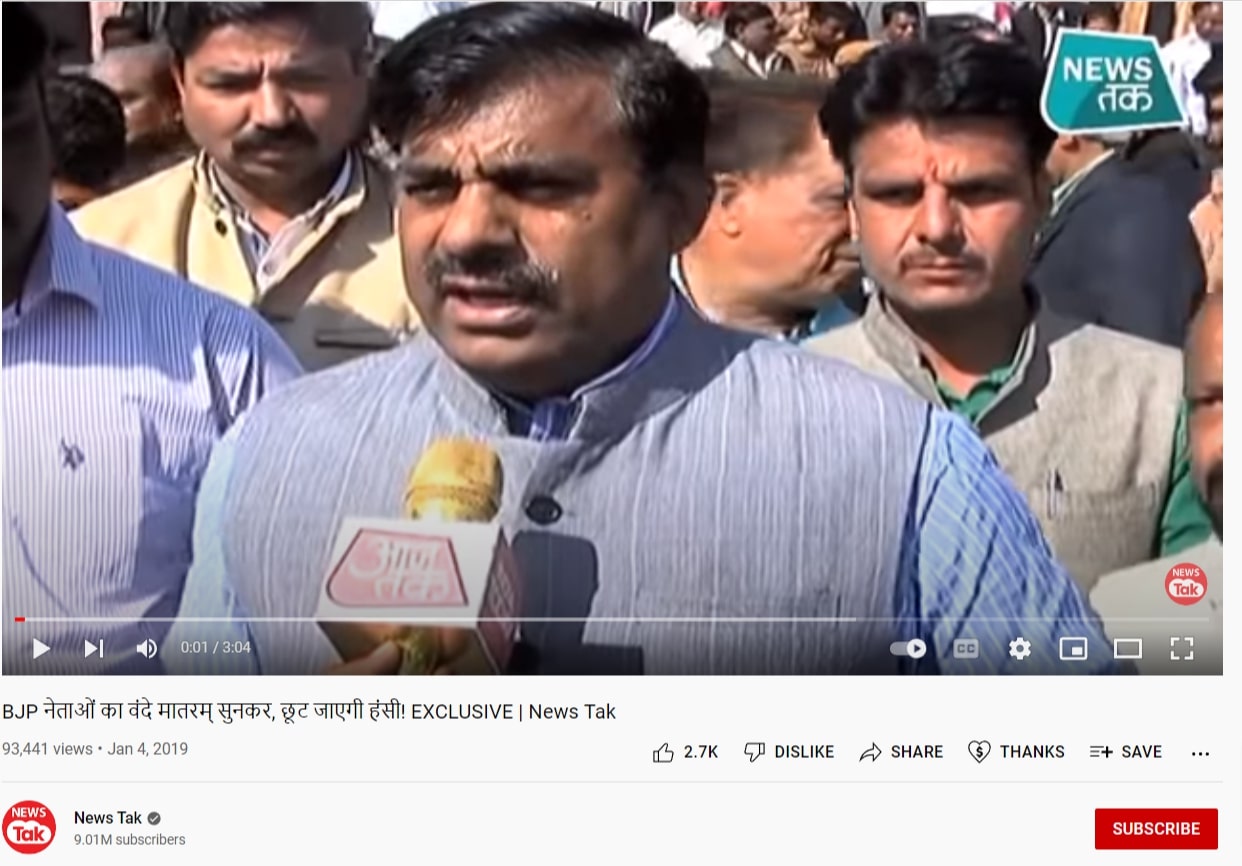 According to the video description, BJP leaders were protesting after the then Congress government led by Kamal Nath reversed the rule of singing Vande Mataram outside the State Secretariat on first day of every month.

A report on the ban was also published by Amar Ujala on January 1, 2019. We also found multiple reports from 2019, saying that BJP leaders were unable to sing Vande Mataram. See the reports by TOI and Punjab Kesari. 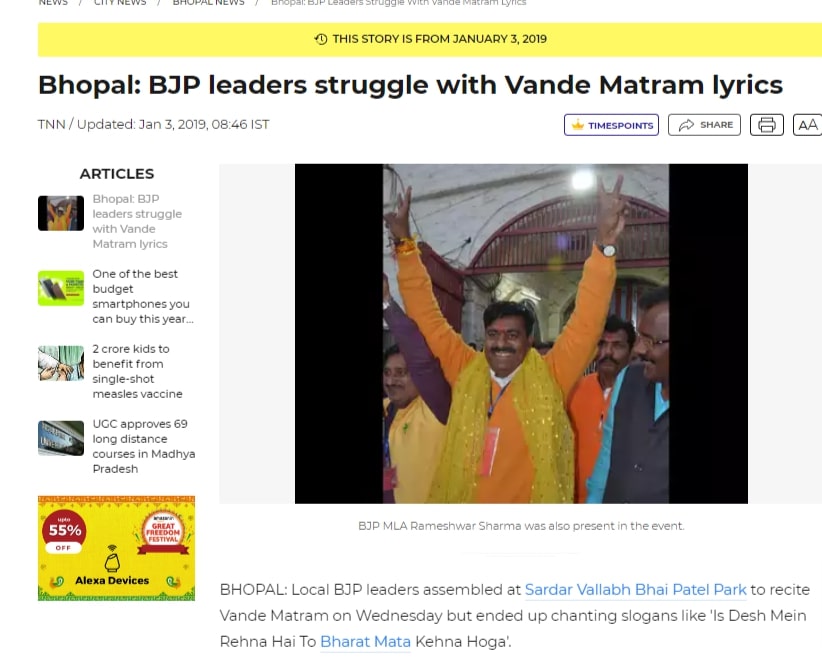 Moreover, Rameshwar Sharma had also shared a video of the protest on his Twitter handle. In the video, he can be seen in the same attire as in the viral video. 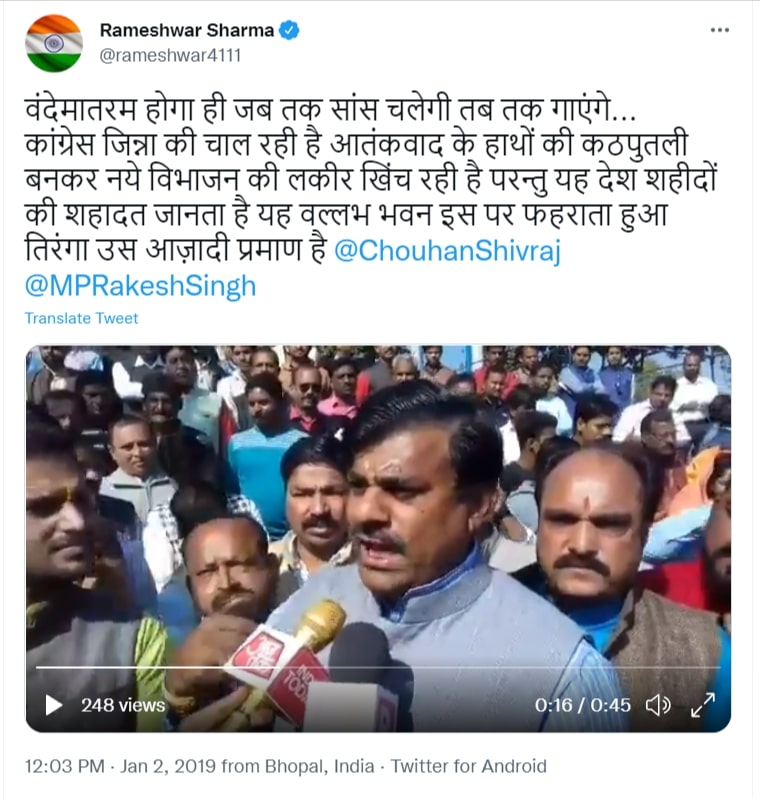 Thus, from the above fact-check, it is clear that the viral video is old.