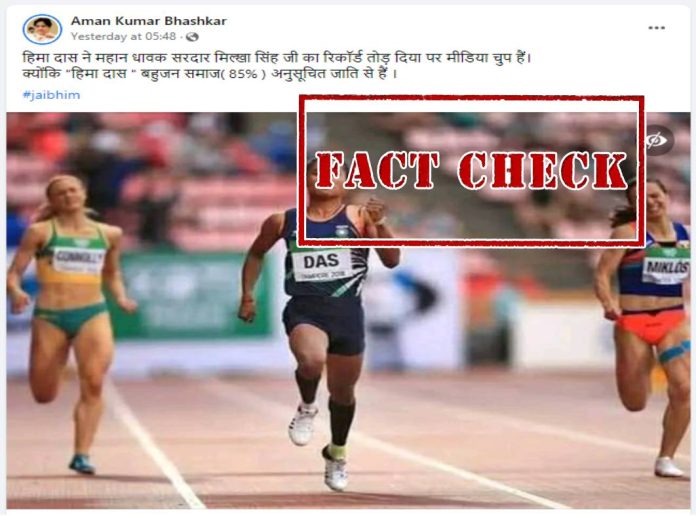 A claim has surfaced on the Internet, showing Indian sprinter Hima Das breaking legendary Milka Singh’s record recently. The caption associated with the post suggests that because Hima Das is a member of a Scheduled Caste community, all media news channels disregarded her accomplishments. 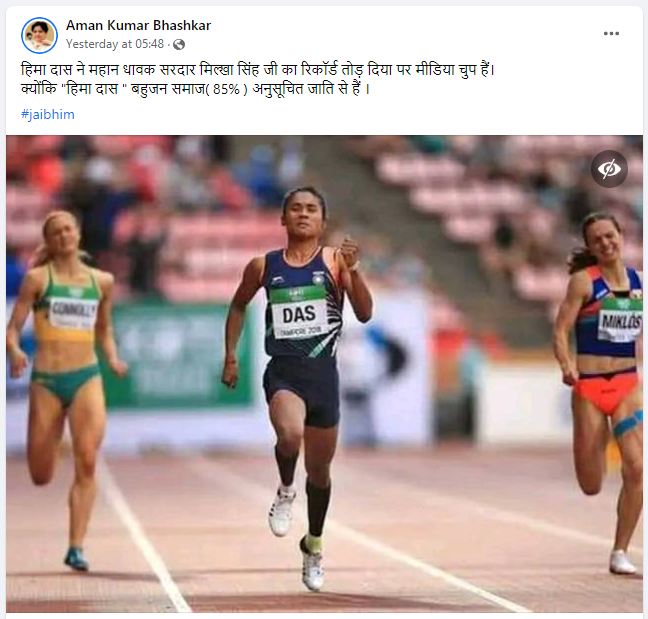 With appropriate keywords on Google, we found a report by The Hindu published on August 6, 2022. According to the report, “Star Indian sprinter Hima Das failed to qualify for the final of the women’s 200m at the Commonwealth Games.” The report further suggests that she finished third in semi-final 2 with a timing of 23.42 seconds.

We found that former athlete Paramjeet Singh broke Milkha Singh’s 38-year-old national record in 400 metres at a domestic meet in 1998.

Hence, we can ascertain that Hima Das has not broken Milka Singh’s record and the viral claim is fake.