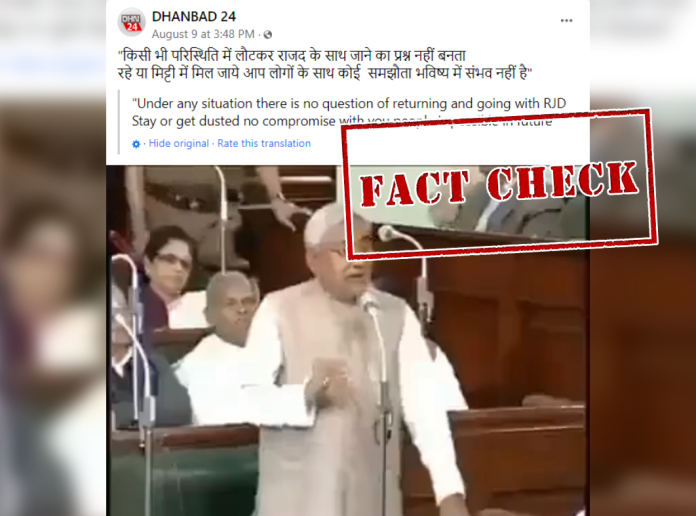 On August 9, Janata Dal United (JDU) chief Nitish Kumar resigned as the chief minister of Bihar, cut ties with BJP and formed a mahagathbandhan with seven other parties (including RJD). Next day, Nitish Kumar took oath as Chief Minister of Bihar for a record 8th time, appointing Tejaswi Yadav as his deputy.

Against this backdrop, a viral video of Nitish Kumar saying that “no matter what happens, we will never go back to RJD” is doing the rounds on social media. 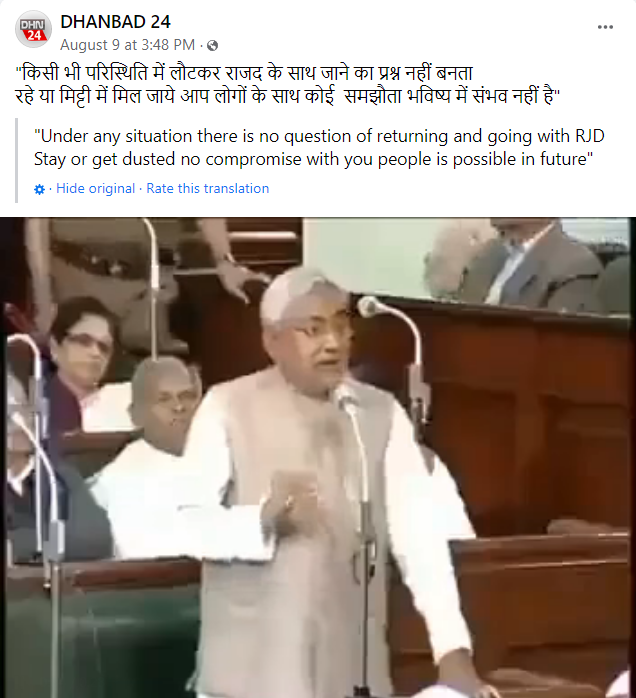 You can find the video here.

NewsMobile fact-checked the above claim, and found it to be misleading.

Using the InVid Tool, we extracted keyframes from the viral video and performed a Reverse Image Search with relevant keywords. It directed us to an official Twitter account of Rashtriya Janata Dal (RJD) that posted the same viral video on November 15, 2019.

The text reads: “When Paltu Ram had said that he would never join hands with the Sangh-BJP by retaliating! But turn back! So Paltu Ram turned around!”. According to the tweet, Kumar had targeted Rashtriya Swayamsevak Sangh (RSS) and BJP in his speech.

A news article, published by NavBharat Times, had also reported the same incident in 2020. 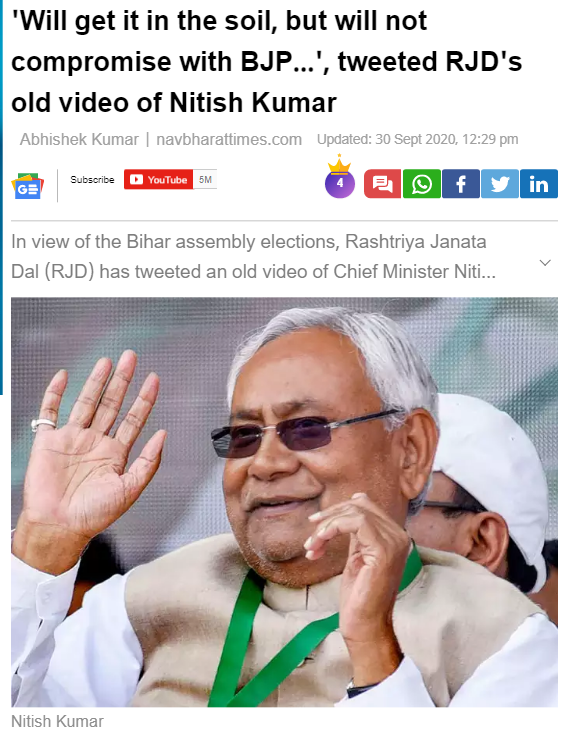 About a minute-and-a-half later, Kumar said: “I believed. That was the Atalji era (Atal Bihari Vajpayee). It is no longer present. Advaniji (Lal Krishna Advani) called as we were leaving and assured us that the promises made by the speaker will be kept. I remarked that it was no longer feasible for us.” “And the speaker, who made the pledge is no longer present. Who will keep those in mind? We chose to proceed along our course for that reason. Then, that age came to an end. You’ve arrived with a new avatar now. There is no notion of turning around after this, regardless of the circumstances,“ Kumar said, emphasising that BJP was the target of his remarks.

Searching further, we came across a YouTube channel, claiming that this speech was from 2014. 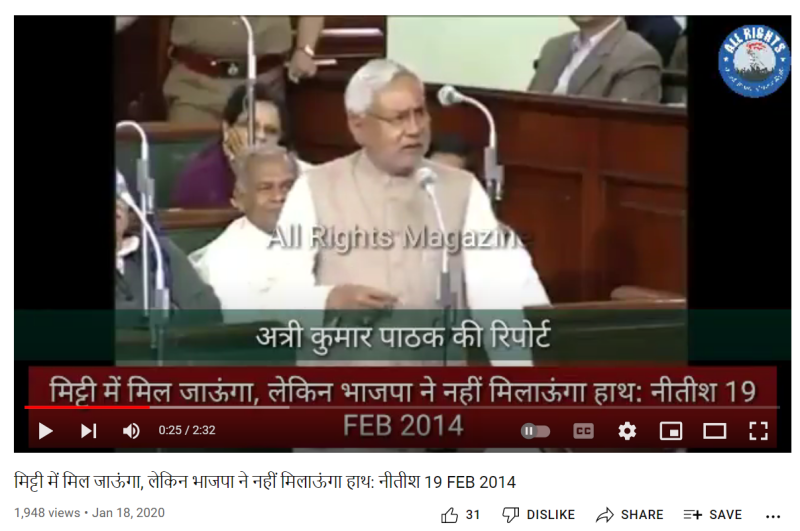 Also, according to a report in Jagran, dated February 18, 2014, Kumar said these things in response to a question on whether JD (U) wanted to create an alliance with BJP once again. The same was reported by Dainik Bhaskar. 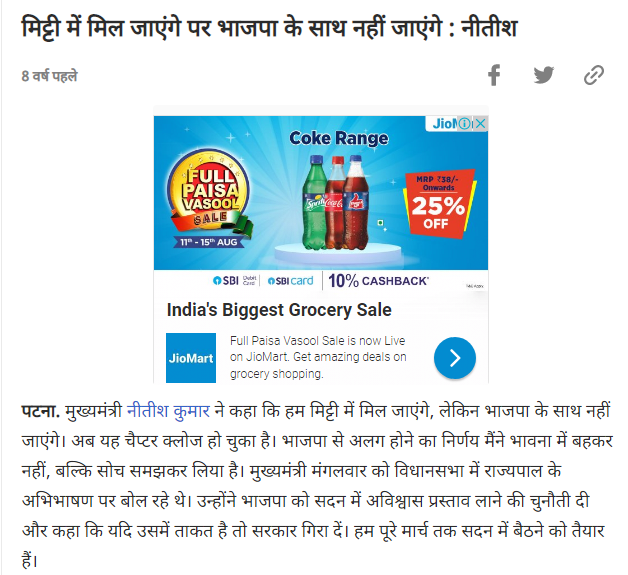 Thus, it is evident that an old video of Nitish Kumar targeting BJP is being shared with misleading claims.