Home Home Slider ‘I Don’t Want To Hurt Anyone,’ Aamir Khan On Call For Boycott... 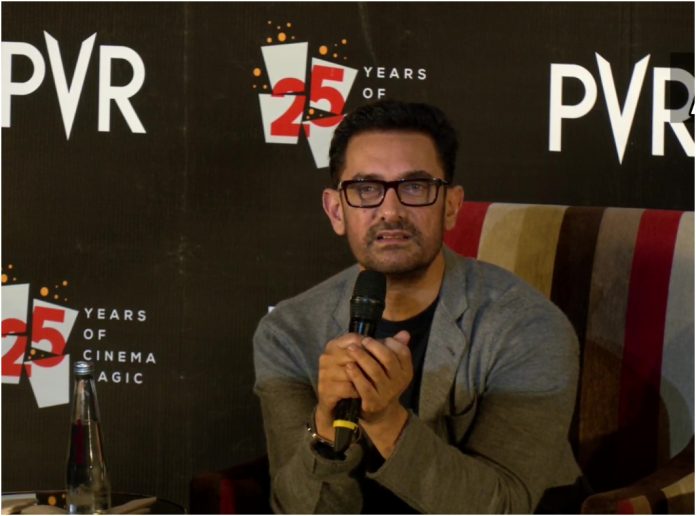 After the trailer was released, social media called for a boycott of it. One of the top ones on social media during the past several weeks has been ‘Boycott Laal Singh Chaddha.’

Amir Khan when asked about the controversy around his upcoming film and calls on social media to boycott it, on Tuesday, he said “If I have hurt anyone by any means, I regret it. I don’t want to hurt anyone. If someone doesn’t want to watch the film, I’d respect their sentiment.”

If I have hurt anyone by any means, I regret it. I don’t want to hurt anyone. If someone doesn’t want to watch the film, I’d respect their sentiment: #AamirKhan when asked about the controversy around his upcoming film #LaalSinghChaddha & calls on social media to boycott it (09.08) pic.twitter.com/zYRr4sfJpf

Appealing to people not to boycott his film on being asked earlier in an interview, if the trend of boycott hurts him, the actor told, “Yes, I feel sad. Also, I feel sad that some of the people who are saying this, in their heart, they believe that I am someone who doesn’t like India.”

He went on to add, “In their hearts, they believe, but it is untrue. It is rather unfortunate that some people feel that way. That’s not the case. Please don’t boycott my film. Please watch my film.”

The growing boycott trend that Laal Singh Chauhan has been grappling with, appears to have put the actor Amir Khan on edge as the film’s release date gets closer.

The PK star, who is often into controversies, has moved towards the softer side in an attempt to save his upcoming movie with a positive tone as the calls for a boycott gain traction.