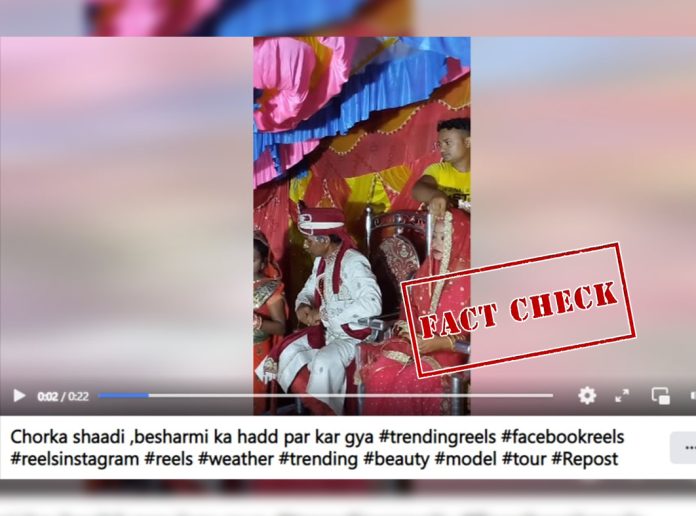 The video of a man getting on stage and putting vermilion on the bride’s head is doing the rounds on social media. Here, the bride can be seen leaving with her lover while the groom is busy talking.

Social media users are sharing the video implying that it is a real incident.

NewsMobile fact-checked the video, and found that it is doctored. 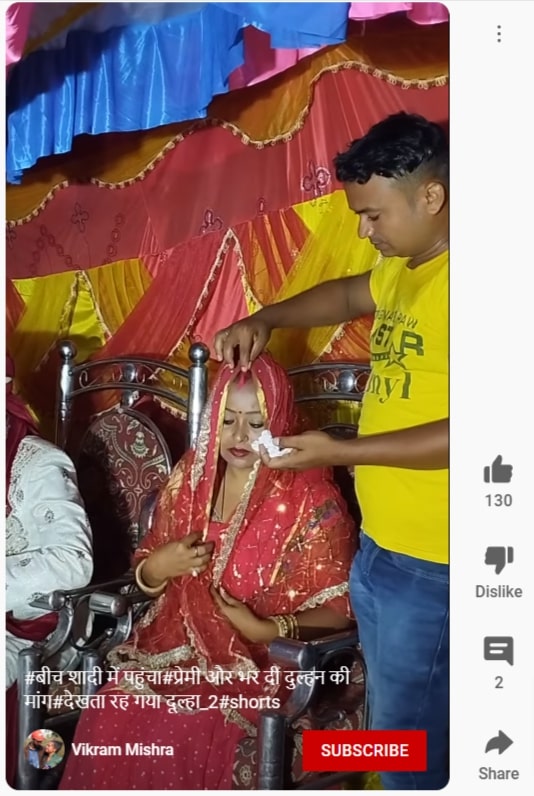 (Translation: Before Jayamala, Lover put vermilion on the bride’s head in film style, but what happened to the poor man was very bad.)

Previously, NewsMobile debunked a similar video from the same page, where the video of a groom demanding dowry on the wedding day was shared online.

Vikram Mishra has also shared the video on Facebook. The profile mentioned him as ‘Artist, Producer and Actor’. The page had many similar staged videos uploaded on it.

Earlier, Vikram had confirmed to NewsMobile that the videos on his page were scripted and made for entertainment purposes.

Hence, it is clear that the viral video is staged.