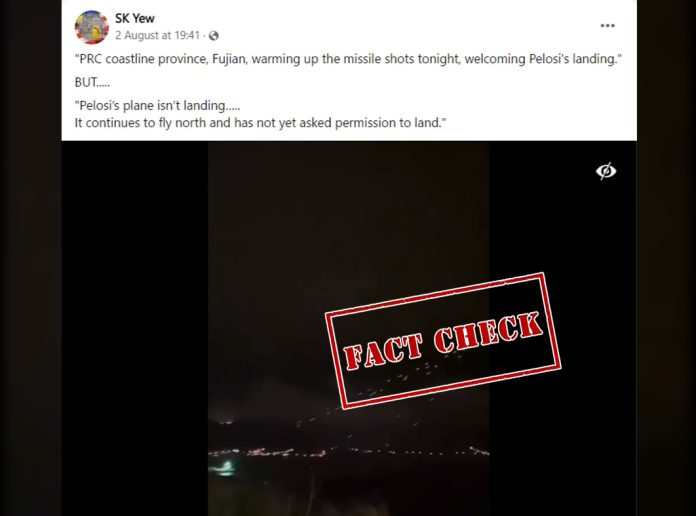 Despite China’s stern warning, US House Speaker Nancy Pelosi visited Taiwan, making it the first high-level meeting in 25 years. There were also reports of Chinese military firing missiles around Taiwan.

Against this backdrop, a video of missile fire started making the rounds on social media, claiming that it shows multiple missiles being fired around Taiwan.

The video was shared with a caption: “PRC coastline province, Fujian, warming up the missile shots tonight, welcoming Pelosi’s landing.” BUT…..”Pelosi’s plane isn’t landing…..It continues to fly north and has not yet asked permission to land.” 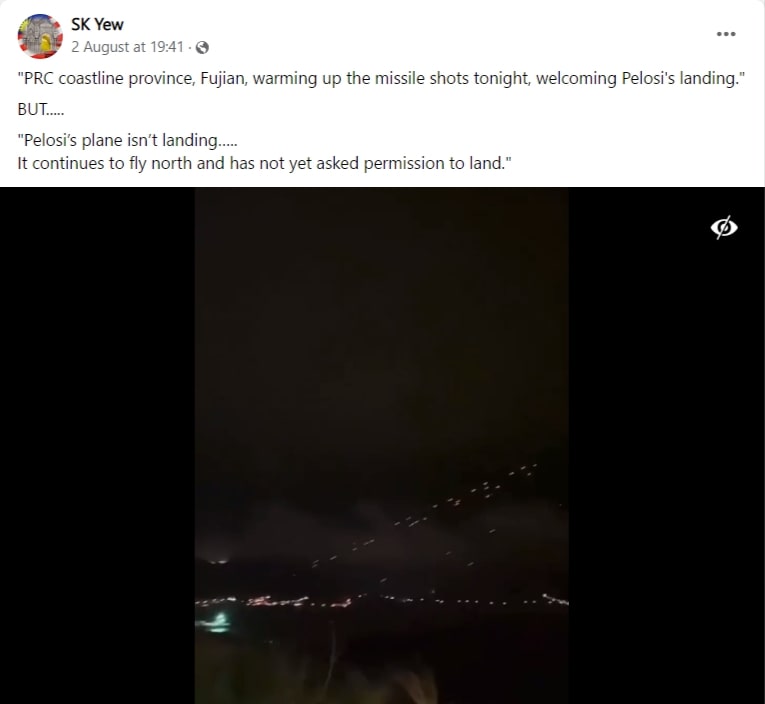 A search on Yandex led us to the same video uploaded on YouTube in November 2020.

The translation of the title reads: On 12th, Taiwan’s live-fire drill! Why is it so loud all of a sudden? Who are you playing for? Or to deter anyone? … 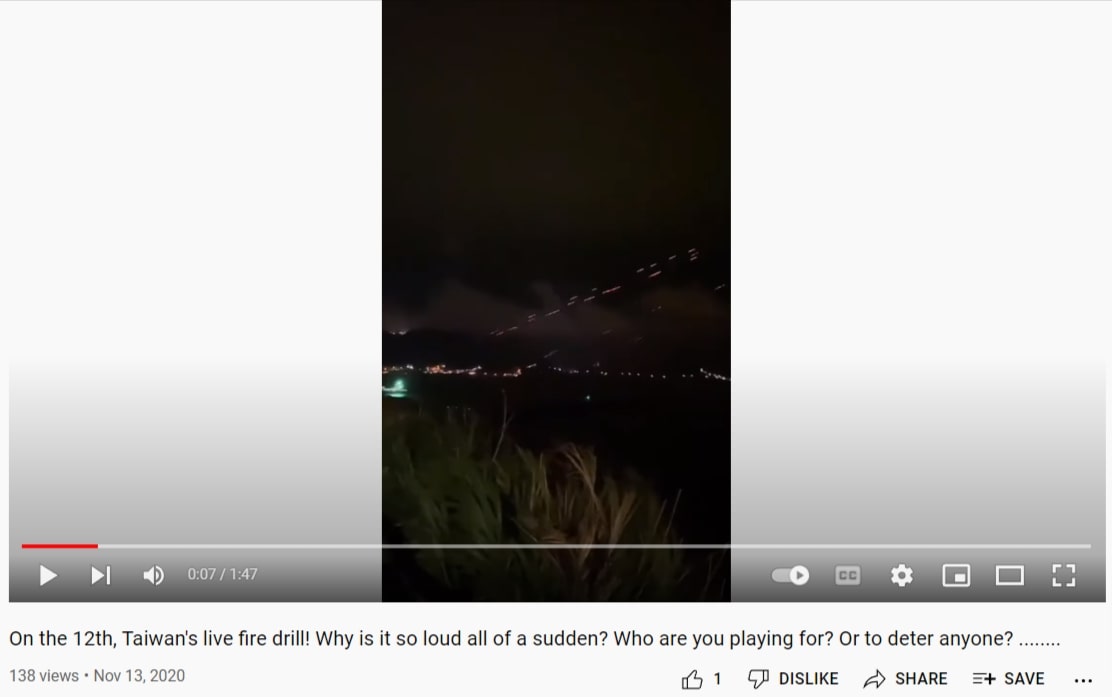 The same video was also found in a report on YouTube channel, Dongsen News CH51. The description of the video, uploaded on November 7, 2020, reads: Mazu performed a routine gimbal exercise in the evening. The dense fire network composed of various machine guns and machine gun was quite shocking. 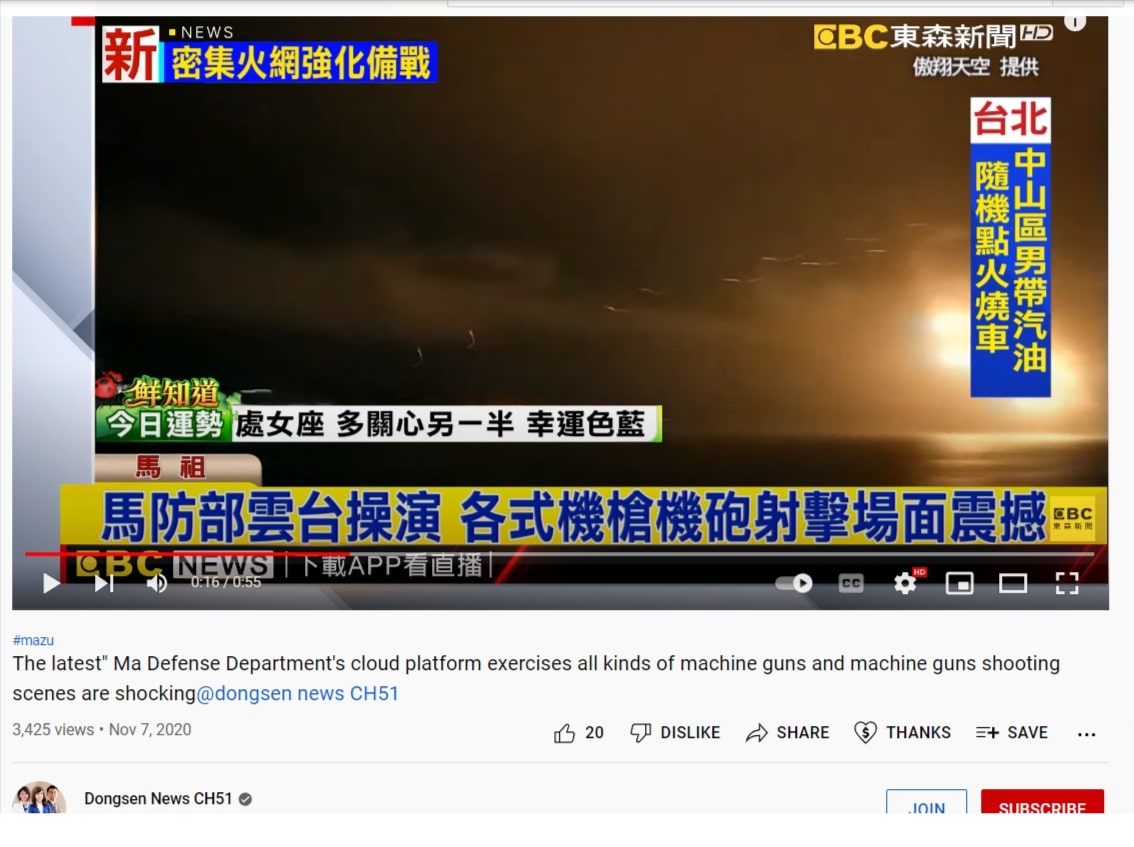 Another report by Taiwan Fact-Check says that Junwen News Agency confirmed that the online video was a routine gimbal exercise by the Army’s Mazu Defense Command (Matsu Defense Department) on the evening of November 6, 2020.

Hence, it is clear that the viral video is old and not related to Nancy Pelosi’s Taiwan visit.