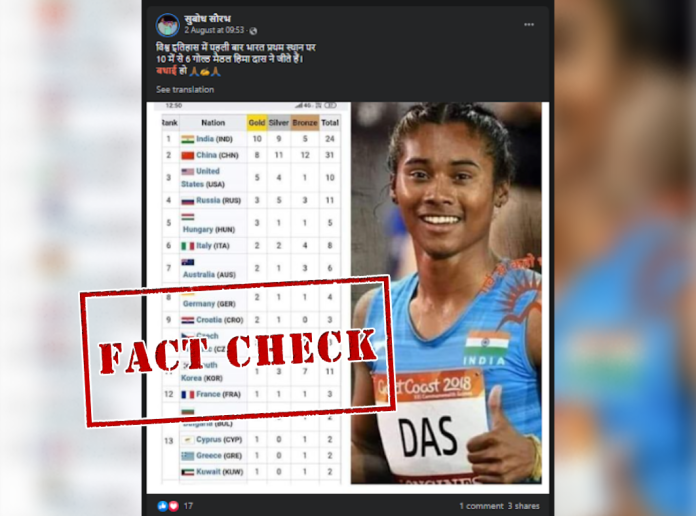 The Commonwealth Games 2022 was held in Birmingham, England, from July 28 to August 8, 2022. The event witnessed participation from 72 Commonwealth nations. With over 200 athletes participating in 16 different sports, India came out as one of the leading countries in the overall medal tally.

Against this backdrop, a viral image claiming that Indians ended their CWG 2022 journey on top of the medal tally, bagging a total of 24 medals, including 10 Gold, and Hima Das clinching 6 of these gold medals, is doing the rounds on social media. 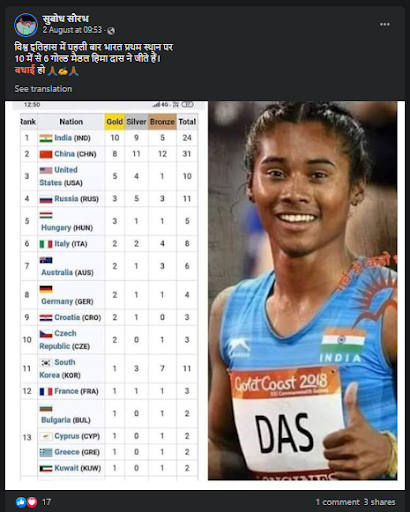 NewsMobile fact-checked the viral post, and found it to be false.

Closely looking at the medal tally in the viral image, we could see India followed by 15 other nations. Running a Google Keyword Search, we found the participating nations in the Commonwealth games. Our search led us to the official website of the event. Under the section ‘NATIONS’, the users can find out all the participating nations in the event. None of the countries, except India, Australia, and Cyprus, is present on the website. 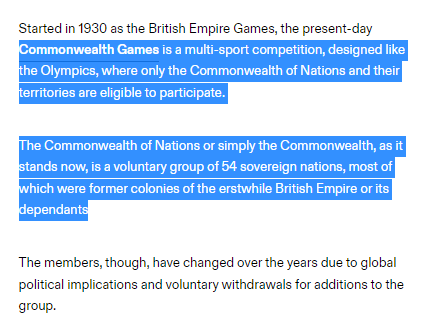 We also found a tweet by Hindustan Times, displaying the final medal tally at the end of the event. India finished 4th with a total of 61 medals (22 Gold), behind Australia, England and Canada. The same was reported by ANI, India Today, and The Economic Times among others.

India finishes fourth in the medal tally with 22 Gold, 16 Silver and 23 Bronze medals with a total of 61 medals in the #CommonwealthGames2022.

The news that India topped the table with 10 gold medals was nowhere to be found.

According to various reports on CWG 2022, Hima Das has failed to qualify for the final round of her 200m race. The sprinter fell short by 0.01 second in the semi-finals which cost her a berth in the finals. 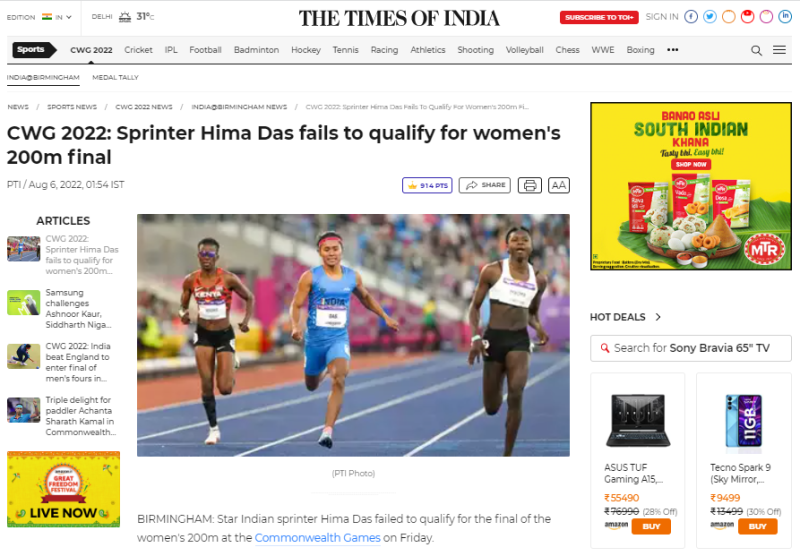 Therefore, we can conclusively say that the viral image claiming India bagged the first position in the medal tally at CWG 2022, with Hima Das securing 6 out of 10 Gold medals for the country, is false.