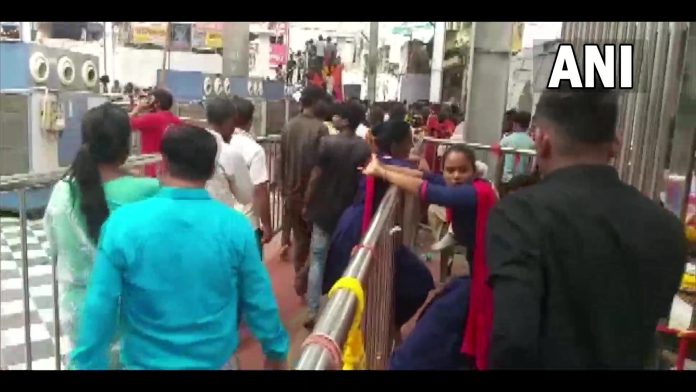 New Delhi: Three people died, and several were left injured at Khatu Shyamji Temple in Sikar, Rajasthan when the stampede occurred during a monthly fair on Monday morning, police said.

Meanwhile, two injured people were referred to a hospital in Jaipur.

The police stated that a large crowd was gathered outside the temple waiting for the gates to open. As soon as the gates were open and people tried to push in, a woman reportedly fainted and fell, causing others behind her to fall as well.

“The demise of three women is unfortunate. My condolences to the bereaved families. I also pray for the speedy recovery of the injured devotees,” he said in a statement.

“Saddened by the loss of lives due to a stampede at the Khatu Shyamji Temple complex in Sikar, Rajasthan. My thoughts are with the bereaved families. I pray that those who are injured recover at the earliest,” PM Modi tweeted.

Rajasthan CM Ashok Gehlot announces an ex-gratia of Rs 5 Lakhs each for the next of kin of the deceased and an aid of Rs 20,000 each for those injured in the stampede