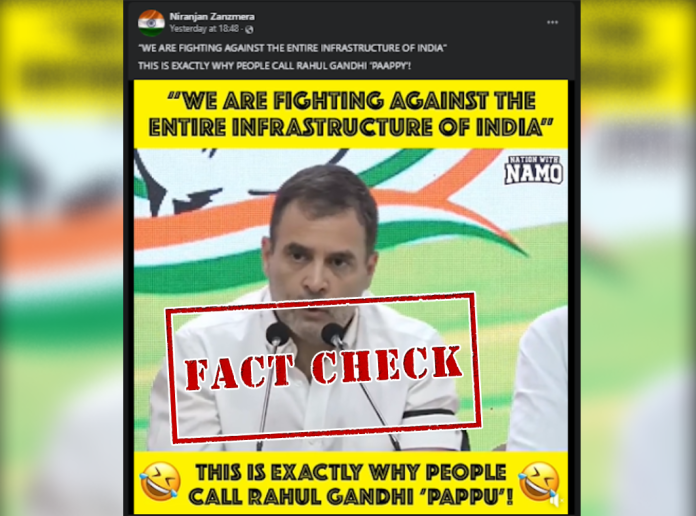 Amidst the ongoing tussle between the Congress and BJP over the rising prices and ED inquiry in National Herald case, a short clip of Congress leader Rahul Gandhi is doing the rounds on social media. Many users have trolled Gandhi for saying: “…We are fighting against the entire infrastructure of India…”

A Facebook user posted the viral video with a caption:

“We are fighting against the entire infrastructure of India.” This is exactly why people call Rahul Gandhi ‘Pappu’! 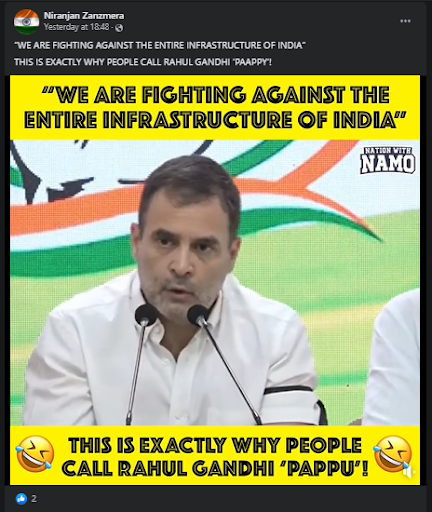 By running the Google Keyword Search, we found many news articles about a special press conference addressed by Rahul Gandhi on August 5, 2022, at Congress headquarters in New Delhi. Prominent media houses like The Hindu, Hindustan Times, The Indian Express, and Opindia have covered the event.

Going through the articles, we came to know that Congress had set up this press conference to speak about the ongoing national issues, attended by senior Congress leaders like Rahul Gandhi, K.C. Venugopal, Ashok Gehlot, and Jairam Ramesh.

The words in the article match the words spoken by him in the viral video. 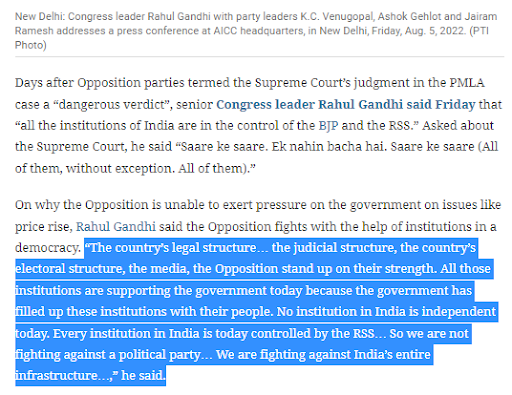 Media houses like India Today, Times Now, The Indian Express, including the official YouTube channel of Congress party, have also streamed the conference live on their channels.

Looking closely at the live stream, we found the exact frames (12:41 – 12:51) where Rahul Gandhi was speaking about the institutions of the country and Congress’ fight against the entire infrastructure of the nation. The frames match exactly with the viral video, proving that the latter is a clipping from a longer press conference video.

Therefore, we can conclusively say that the viral video trolling Rahul Gandhi claiming to fight against the infrastructure of the country is misleading.