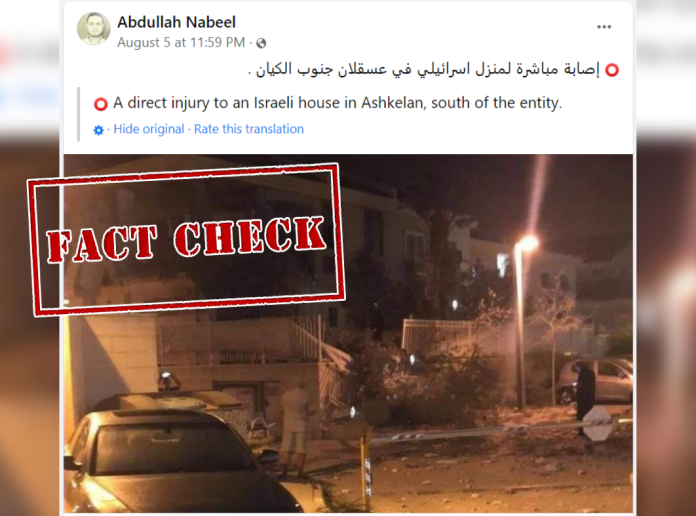 Gaza Strip witnessed severe hostilities on August 6 this year, when Israel attacked with airstrikes and a Palestinian terrorist group reacted with a barrage of rockets. The rocket attacks and airstrikes from both sides have raised the possibility of a replay of the 11-day fight that happened in May 2021, forcing numerous Israelis escape to bomb shelters.

Against this backdrop, an image showing a house destroyed in Israel is being linked to the recent Gaza escalations.

The image is shared on Facebook with a text in the Arabic language: “‏إصابة مباشرة لمنزل اسرائيلي في عسقلان جنوب الكيان” (English translation: A direct hit to an Israeli house in Ashkelon, south of Israel) 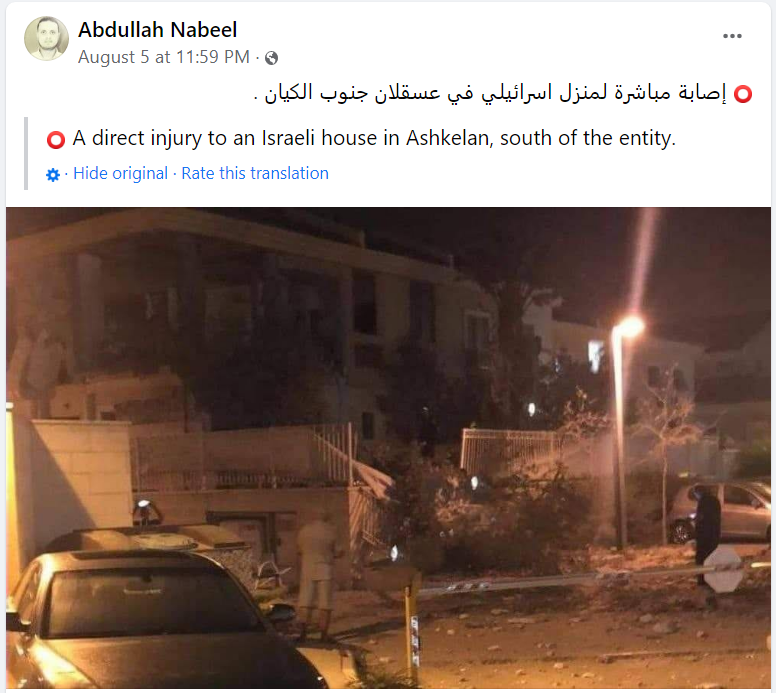 Doing Yandex Reverse Image Search, we were directed to a news article that carried the same viral image on October 17, 2018. The article headline reads: “A house was hit in southern Israel by a missile fired from Gaza Strip.” The article stated: “Israeli sources said that five people were injured in panic, a woman and her three children, owner of the house, as well as her neighbour, without receiving any information about bodily injuries.” 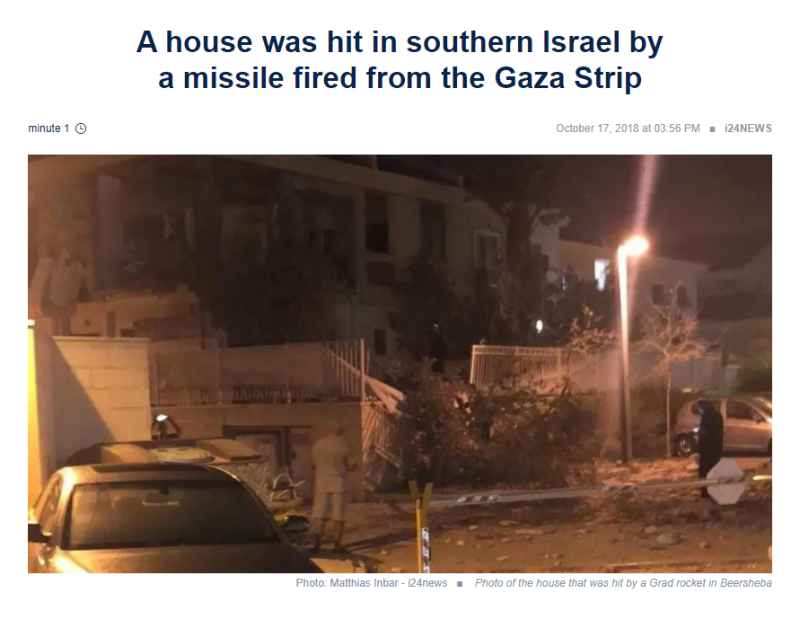 Below is the comparison between the viral image and the image published in the 2018 article.

But we could not find any recent credible media report carrying the same viral image.

Thus, it is confirmed that the viral image is not recent and dates back to 2018.